A Tall Tree Has Fallen
In memory of Michael Earle

It is with collective sadness that we report the passing of a stalwart member of the Mount History community, Michael Earle.  Mike was a Maritimer, but one who had lived in many places in Canada, as well as the UK.  He returned to the Maritimes to teach at the Mount for many years, covering courses on Maritime History and the Social and Cultural History of Canada, sometimes on TV via Distance.  His students considered him a fountain of knowledge, and one student said his lectures were so filled with detail that they were akin to “a looking glass trained on the past.”
Mike had a clear moral compass, and he sought in various ways to make the world a better place. In particular he was a vigilant protector of the rights of instructors at the Mount, helping to form the part-time instructors’ union, Canadian Union of Public Employees #3912.
As his colleagues, we will always remember Mike for his quick historical wit. Mike once told us that as brilliant as Karl Marx’s understanding of the working class may have been, Marx himself “never worked a day in his life.”  His jokes were often accompanied by his laugh, which, as our colleague Frances Early recalled, “came from his centre and radiated out, enveloping those in his circle.”  He will be much missed. 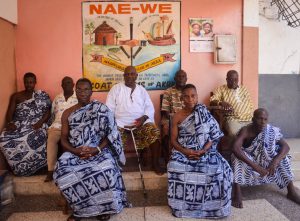