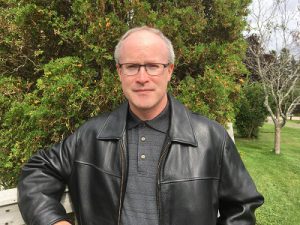 Currently, David is working on a social history of Halifax militia during the period 1896-1914. This study will be part of a broader project titled, “Military Service, Citizenship and Political Culture: Militia Studies in Atlantic Canada, 1700-2000.” The project is conducted by a research network organized jointly by the Institut d’études acadiennes at the Université de Moncton, the Gregg Centre for the Study of War and Society at the University of New Brunswick, and the Department of History at the University of New Brunswick. This research network is supported by a Social Sciences and Humanities Research Council (SSHRC) Partnership Development Grant.

Specific courses taught by Dr. Campbell at the Mount include:

It Can’t Last Forever: The 19th Battalion and the Canadian Corps in the First World War. Waterloo, ON: Wilfrid Laurier University Press, 2017.

“‘A Leap in the Dark’ – Intelligence and the Struggle for the St. Eloi Craters: Reassessing the Role of Major-General Richard Turner.” In Great War Commands: Historical Perspectives on Canadian Army Leadership, 1914-1918. Edited by Andrew B. Godefroy. Kingston, ON: Canadian Defence Academy Press, 2010, 21-52.

“Military Discipline, Punishment, and Leadership in the First World War: The Case of the 2nd Canadian Division.” In The Apathetic and The Defiant: Case Studies of Canadian Mutiny and Disobedience, 1812 to 1919. Edited by C.L. Mantle. Toronto: Dundurn, 2007, 297-342.

“Schooling for War: Canadian Infantry Training, 1914-1917.” In Perspectives on War: Essays on Security, Society and the State. Edited by Chris Bullock and Jillian Dowding. Calgary: Society for Military and Strategic Studies, 2001, 15-30.