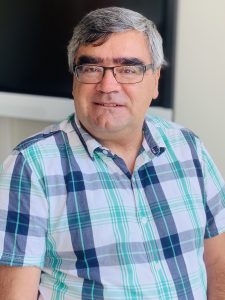 Dr. Fernando Nunes holds a Ph.D. (Education and Community Development), and a M.Ed. (Applied Psychology), from the Multicultural Focus of the Ontario Institute for Studies in Education of the University of Toronto. His prior research and publications have focused on at-risk immigrant youth, ethnoracial diversity, critical pedagogy, minority academic underachievement, the integration of the Luso-Canadian community and the Portuguese Diaspora. He also participated in a number of collaborative projects dealing with at-risk immigrant youth, minority civic identity and exploring the effectiveness of Canada’s partnership model of the provision of immigrant settlement and integration services. His current research activities focus on minority academic underachievement, the civic and political participation of immigrant youth and an international project dealing with the integration of second-generation Luso-Canadian youth. His most recent project, funded by the Social Sciences and Humanities Research Council, is examining the barriers and support mechanisms to the education of Portuguese-Canadian youth, in five cities. He currently sits on the editorial board of a number of international academic journals.

Dr. Nunes has also acquired over 30 years of employment, consultancy and volunteer experience within the fields of education and social services. He has held previous employment in Toronto’s immigrant settlement and research sectors, with such organizations as Portuguese Social Services, the St. Christopher House and CERIS-Toronto (the Ontario Metropolis Centre). He has further served as a Board member in diverse community organizations such as the Canadian National Institute for the Blind-Toronto, the Portuguese-Canadian National Congress, the Portuguese Interagency Network and the Toronto Community Care Access Centre. For 10 years, he was as a core member of the Portuguese-Canadian Coalition for Better Education, which worked with the Public and Catholic School Boards in Toronto, in developing strategies to combat that community’s high dropout rates. In the early 1980s, he also co-founded the first student-led Luso-Canadian student association, the York University Portuguese Association.

Seminar: Luso-Canadians and their Descendants in Canada and Portugal (Lisbon, Portugal) – July 10, 2011 (segment begins at 8:35).

The Agenda with Steve Paikin – The Portuguese Paradox – Tuesday, April 15, 2008