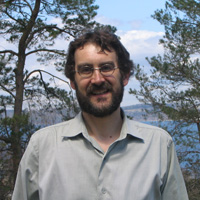 Professor B.A. (Hons.), Queen’s University M.A.R., Yale University Ph.D., University of Toronto 902-457-6426 arthur.mccalla@msvu.ca Arthur McCalla grew up in Hamilton, Ontario. Prior to coming to the Mount in 2004, he taught at the University of Toronto and then at Reed College in Portland, Oregon. He is cross-appointed between the Departments of History and Philosophy/Religious Studies. Arthur is an intellectual historian. His research program investigates challenges the rise of historical-mindedness posed for religious claims to eternal truth, and the ramifications of these challenges for modern society, through specific studies on the philosophy of history and history of religions in early nineteenth-century France, and on the status of the Bible in relation to emerging historical sciences from the seventeenth century to the current controversy over Creationism. Arthur’s current project, “Epistemology and History in Early Nineteenth-Century French Study of Religion”, examines rival conceptualizations of religion as a struggle over the nature of knowledge within a declining but not yet overthrown biblical culture in which mythic themes derived from biblical tradition were transformed and reconstructed within the specific historical context of post-Enlightenment, post-Revolutionary French society. Arthur teaches courses on Christianity, World Religions, and the historiography of religion. He will be developing additional History courses.BooksThe Creationist Debate: The Encounter between the Bible and the Historical Mind. London and New York: Continuum, 2006.A Romantic Historiosophy: The Philosophy of History of Pierre-Simon Ballanche. Leiden and Boston: E. J. Brill, 1998.Articles “The Free Market in Religion and the Metaphysical Invisible Hand: Benjamin Constant and the Construction of Religion as Private” in Religion, forthcoming. “The Mennaisian ‘Catholic Science of Religion’: Epistemology and History in Early Nineteenth-Century French Study of Religion” in Method & Theory in the Study of Religion 21 (2009): 285-309. “Teaching and Learning Guide for: Creationism” in Religion Compass 2 (2008): 1159-1163. . http://www.blackwell-synergy.com/doi/full/10.1163/ j.1749-8171.2008.00117.x “Creationism” in Religion Compass 2 (August 2007): pp. 547-560. http://www.blackwell-synergy.com/doi/full/10.1111/ j.1749-8171.2007.00034.x