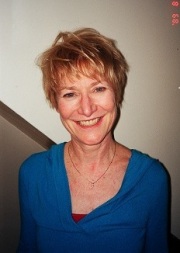 Frances Early is from Miami, Floridam and has traveled widely in the United States and Canada  researching the history and theory of pacifism, feminism, and social protest. She helped to found Women’s Studies in Canada and at the Mount, where she has also worked to promote Peace and Conflict Studies.  Frances has won numerous research awards from Canadian and U.S. granting agencies. She received the Charles DeBenedetti Prize in  Peace History in l990 and the Warren Kuehl Award for International/  Peace History in l999; in 2000, the Mount presented her with the University’s Award for Research Excellence. Frances has written, published, and spoken widely and has been interviewed for CBC radio.

Her books are: Athena’s Daughters: Television’s New Women Warriors (2003); A World Without War: How U.S. Feminists and Pacifists Resisted World War I (1997), and Immigrant Odyssey: A French-Canadian Habitant in New England (1991).