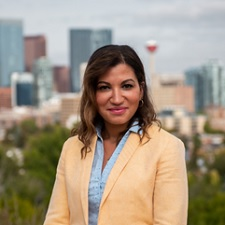 Community involvement and collective social justice efforts beyond the academy are an important part of Dr. Motapanyane’s intellectual life. She has served on the programming committee of the North York Women’s Centre (Toronto, Canada), with the Immigrant and Refugee Women’s Program in Saint Louis (Missouri, USA), and has several years of experience as a mentor and counsellor to African Nova Scotian youth in Halifax and surrounding region (Canada).

Dr. Motapanyane is accredited in conflict resolution and mediation, having served as a mediator for the Calgary Provincial Courts Civil Claims Mediation Program, Alberta Justice and Solicitor General. She served as Chair of the Board of Directors for the Alberta Historical Resources Foundation (AHRF), an agency under the purview of the Ministry of Culture, Multiculturalism and Status of Women, and sat on the Advisory Board of Calgary’s Future, an organization dedicated to recruiting, supporting and electing community leaders to municipal government. Dr. Motapanyane has also served as a Faculty Association Diversity and Equity Officer, and is an Editorial Board member of the academic journal Atlantis: Critical Studies in Gender, Culture, and Social Justice.

Equity and inclusion in organizational practice