Jonathan Roberts is a specialist in the history of medicine and religion in West Africa. His recent book, Sharing the Burden: A History of Healing in Accra, is the culmination of years of archival and interview research in the capital of Ghana. Roberts asserts that a commitment to pluralism, rather than a singular medical tradition, allowed several forms of a healing to flourish in Accra. This meant that Western medicine, rather than triumphing as the dominant healing paradigm, became only one of many options for patients and their caregivers. This focus on pluralism guides his current project: A History of Western Medicine in Africa.

Jonathan has also written about the history of pandemics, teaches a course at the Mount called Plagues and Peoples, and has offered public commentary on outbreaks of Ebola, influenza and the coronavirus. He advocates for transparency and openness during pandemics, as a way to avoid the scapegoating and conspiracy theories that have been prevalent during past outbreaks.

Jonathan also has several side interests, including the history of food (which he teaches at Mount Saint Vincent), the problem of witchcraft in Africa (which has addressed in academic journals), and the politics of heritage tourism at slave forts in West Africa (including the troubling outcomes of the leasing of slave castles by white investors).

2011. “Ritual interment as a challenge to funerary conventions in Accra, Ghana: the case of agbalegba,” in Funerals in Africa: Explorations of a Social Phenomenon, edited by Michael Jindra & Joel Noret (New York: Berghan): 207-226. 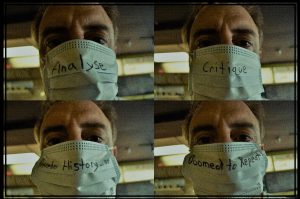 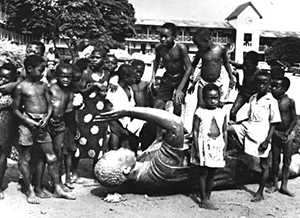