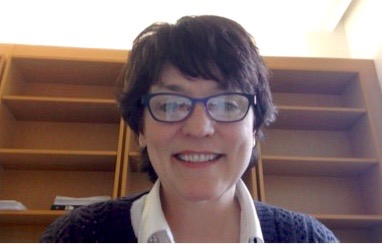 In 2004, after working in financial services for 15 years, Lynne enrolled at Mount Saint Vincent in the Peace and Conflict program, and soon after transferred to the Mount’s English program. During Lynne’s time at the Mount, she appeared on the Dean’s List from 2005-2007, and earned the Sister Marie Agnes Prize for English, the Paul McIsaac Merit Scholarship, and the Gordon-Sanders Merit Scholarship. She graduated with an Honours English degree in May 2007, and was accepted into the Master’s program at Dalhousie University with a SSHRC scholarship. Her MA thesis, entitled “’Come, Son, Let’s Away”: The Dialogue of Mothers and Young Sons on the Early Modern Stage,” built directly on her MSVU undergraduate thesis project: “’A handmaid to his desires and a mother to his youth’: Tamora in Titus Andronicus” (MSVU co-supervisors: Dr. Reina Green and Dr. Steven Bruhm). In September of 2008, with the aid of SSHRC Doctoral funding, Lynne entered the PhD program at Dalhousie, which culminated in her successful thesis defence in 2015, entitled “Flannery O’Connor, Tennessee Williams, and Shirley Jackson: Crafting Postwar Maternity as Cultural Nightmare” (Second Reader: Dr. Karen Macfarlane (MSVU)).

Since graduating, Lynne has taught English literature classes at Mount Saint Vincent and Dalhousie Universities, as well as at the Burnside Correctional Facility for Women. She has presented academic papers at numerous conferences in Canada and the United States, and in 2014 published an article in the Canadian Review of American Studies, entitled “’You see, it is the dawn of a new era’: The (Re) Imagining of America in Charlotte Perkins Gilman’s Herland.” From August 2014 to September 2016, Lynne worked as Coordinator for the Association of Canadian College and University Teachers of English (ACCUTE).