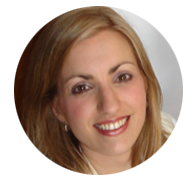 Broadly, Dr. Moniz is interested in ways of knowing that challenge traditional paradigms, and she explores this interest through multiple vehicles. Foremost, she is interested in stories and storytellers and understanding how a sense of story enables people to make meaning of their experiences and those of others. Her research interests include narrative medicine, writing practice and pedagogy, health communication, and gender and media. She pursues both individual and collaborative programs of research that contribute knowledge across disciplines and at the local, national and international levels.

Currently, Dr. Moniz explores the roles of narrative and, specifically, reflective writing in professional education and practice, most notably in medicine. In this context, she is interested in the use of reflective writing in developing professional identity, in understanding experiences of illness and care from multiple and/or dual perspectives, and in supporting a more empathetic and humanistic approach to care.

Dr. Moniz is also engaged in qualitative analysis of health-related social media campaigns aimed at mobilizing evidence-based knowledge (e.g. about child pain management) to the public. Through this work, she strives to increase understanding of knowledge translation via science-media partnerships.

Her doctoral research focused on news media (mis)representations of women’s labour during the Second World War in Canada. She continues to engage with questions of how gender ideology imprints itself on media discourse–past, present, and particularly in times of armed conflict. She is part of a network of regional scholars working to promote community storytelling around lived experiences of war and peace.

Dr. Moniz teaches undergraduate courses in media and professional writing and graduate courses in health communication; gender and communication; media, culture and society; and communication theory. Prior to joining the Mount in 2013, she taught at the University of Toronto (2005-2013) in areas such as expressive and historical narrative, business and media writing, and journalistic investigation. Over the years, she has worked in journalism, public relations, and professional writing and editing. She also owned a communications consultancy business, providing communications support and education to private- and public-sector organizations.