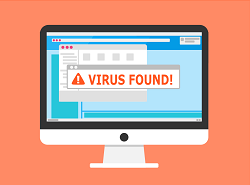 For students, faculty, and staff who do not have any antivirus protection on their personal computers, there are many free and paid antivirus options. Googling “best antivirus” will give you lots of good information on picking the right antivirus solution for you.

Some reputable antivirus companies include (in no particular order):

If you use Apple Mac computers, it is still advised to install antivirus software, especially if you use it for work. Although there are fewer viruses for Mac computers, they do exist and are becoming more numerous. Google “best mac antivirus” to find protection for your Mac.

Some reputable Mac antivirus companies include (in no particular order):

We recommend installing security software on your cell phone or other mobile devices. Again, there are numerous free options, and extra protection with some paid versions.

Most modern browsers have pop-up blocking features, so make sure to enable them to protect yourself from malicious advertising (malvertising). Some viruses are spread through browser pop-ups.

Modern browsers also may have do-not-track settings to protect your privacy, but plugins like Ad Block and Ghostery offer a higher degree of privacy protection. Google “best ad blockers” to find an ad blocker that’s right for you.