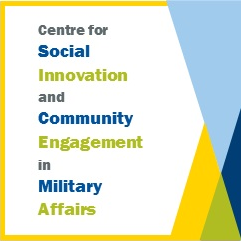 The current research of the Centre focuses on:

Many related publications are available for download on Dr. Eichler’s academia webpage.

This research focuses on, and aims to inform, ongoing efforts to integrate gender and intersectional perspectives into Canadian defence and foreign policy. Examples are Dr. Eichler’s contribution to the National Defence Policy Review in 2016 and her 2020 chapter, “How Gender Became a Defence Issue,” in Turbulent Times, Transformational Possibilities?, edited by A. Dobrowolsky and F. MacDonald. Dr. Eichler also leads the GBA+ (gender-based analysis plus) team of the DND MINDS-funded Defence and Security Foresight Group (DSFG), a collaborative network of defence scholars in Canada. The GBA+ team of the DSFG has developed resources for defence researchers such as a “GBA+ toolkit” and “What is GBA+?” to help build capacity for integrating an intersectional sex and gender lens into Canadian defence research and policy.

This research is driven by ongoing policy and public debate on how to adequately respond to military sexual violence in Canada, and how to advance military gender integration more broadly. Dr. Eichler has published several chapters and articles on the topic such as “Military Sexual Violence in Canada” and “Learning from the Deschamps Report: Why Military and Veteran Researchers Ought to Pay Attention to Gender”. In 2020, she edited a special issue on “Gender and the Canadian Armed Forces” for Atlantis: Critical Studies in Gender, Culture & Social Justice. Dr. Eichler has also co-written several Op-Ed pieces on the topic of military culture and sexual misconduct with Marie-Claude Gagnon from It’s Just 700 (IJ700) and with Dr. Karen Breeck from the Women Veterans Research and Engagement Network (WREN). The Centre holds a SSHRC Partnership Engage Grant with IJ700 focused on “Identifying barriers and improving access to benefits for survivors of military sexual assault.” This collaboration led to the recent article titled, “Administrative Tribunals and the Issue of Equity: Military Sexual Assault Survivors at the Veterans Review and Appeal Board”. Finally, the Centre collaborates with the Nova Scotia Operational Stress Injury Clinic to develop greater capacity to respond to the needs of military sexual trauma survivors and the needs of women veterans.

Gender and the Transition from Military to Civilian Life

This research focuses on developing a gender analysis of military-to-civilian transition and integrating a gender lens into military and veteran research and policy in Canada. Centre research in this area is supported by a Social Sciences and Humanities Research Council (SSHRC) Insight Grant and has resulted in several publications including, “Add Female Veterans and Stir? A Feminist Perspective on Gendering Veterans Research” and “Gender in Veteran Reintegration and Transition: A Scoping Review“. Dr. Eichler also spoke about the importance of integrating a gender lens into veteran research and policy at the inaugural Women Veterans Forum that took place in Charlottetown, PEI, May 2019. With Sayward Montague (Advocacy Chair, National Association of Federal Retirees) and Major (Retired) Karen Breeck MD (Federation of Medical Women of Canada), Dr. Eichler co-chairs the Women Veterans Research and Engagement Network (WREN).

The Centre engages in a range of international, national, and local collaborations. Internationally, Dr. Eichler has an ongoing collaboration with Dr. S. Bulmer of the University of Exeter on theoretically-driven and comparative research on veterans. In 2017, they published “Unmaking Militarized Masculinity: Veterans and the Project of Military-to-Civilian Transition“. Nationally, Dr. Eichler participates in research projects administered by the Canadian Institute for Military and Veteran Health Research, such as recently completed projects on the importance for the Canadian Armed Forces to integrate GBA+ into military-to-civilian transition, health and well-being of veterans undergoing military-to-civilian transitions and the impact of operational stress injuries on the health and well-being of military families. She also contributes to veteran-driven research, for example, through her two book chapters in Treated Like a Liability: Veterans Running Battles with the Government of Canada, edited by veteran advocates David MacLeod and Harold Leduc. As part of the regional and local areas of focus, the Centre participates in the Atlantic Network for the Study of Civilians, Soldiers and Society through research on veterans and others impacted by war in Atlantic Canada.

In Fall 2014, the new cross-departmental Mount Network for Community-Engaged Research on War (NCERW) was initiated by Dr. Eichler. NCERW brings together faculty and students working in the area of military and war studies from a variety of disciplinary perspectives.

NCERW developed the idea for an interdisciplinary, collaborative, and community-engaged research project on the theme of community stories of war and peace. The interest lies in

In April 2016, NCERW held a workshop dedicated to “Community Stories of War and Peace”. The workshop was the first step in developing a long-term research project on sharing community stories of war and peace to challenge and expand current Canadian narratives of war. In September 2016, NCERW was invited to participate in the Prismatic Arts Festival where Dr. Eichler and local artist Jessica Lynn Wiebe performed “The Weight We Share“. A reflection on their performance was published in Critical Military Studies under the title “The Art of Discomfort: Engaging in Dialogue on War.” In 2017, NCERW presented a series of lectures, in collaboration with community groups and Halifax Public Libraries, that explored the impact of war and conflict on our diverse communities. Currently, NCERW is working on an edited collection entitled In Many Voices: Community Stories of War and Peace in Nova Scotia, focusing on the experiences of diverse Nova Scotia communities with issues of war and peace. The collection will be published by Nimbus in Fall of 2022.