Speaking Up: New Voices on War and Peace in Nova Scotia 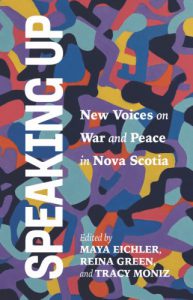 Speaking Up: New Voices on War and Peace in Nova Scotia brings many previously neglected voices to the fore — voices of current members of the Canadian Armed Forces and military veterans, members of the African Nova Scotian and Mi’kmaw communities, refugees and immigrants displaced by war, historians and other academics who study war and militarization, artists who reflect on war’s impact, and peace activists who vigorously protest against the militarization of the region. 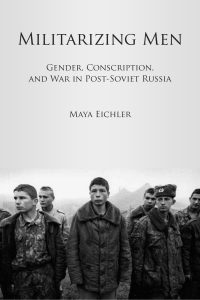 A state’s ability to maintain mandatory conscription and wage war rests on the idea that a “real man” is one who has served in the military. Yet masculinity has no inherent ties to militarism. The link between men and the military, argues Maya Eichler, must be produced and reproduced in order to fill the ranks, engage in combat, and mobilize the population behind war. 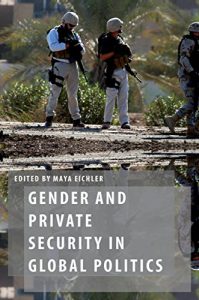 Gender and Private Security in Global Politics brings together key scholars from the fields of international relations, security studies, and gender studies to argue that privatization of military security is a deeply gendered process. This is the first book to develop an extended feminist analysis of private militaries and to draw on feminist concerns regarding power,  justice and equality to consider how to reform and regulate private forces.