The art of challenging convention

Mount professor teaches the value of the abnormal

When professor Dr. Randi Warne describes the Mount’s Cultural Studies program, the passion in her voice is evident. She is a charismatic ambassador for this distinctive interdisciplinary program that is relevant to a range of academic fields and which intersects in material ways with virtually all aspects of her students’ lives. 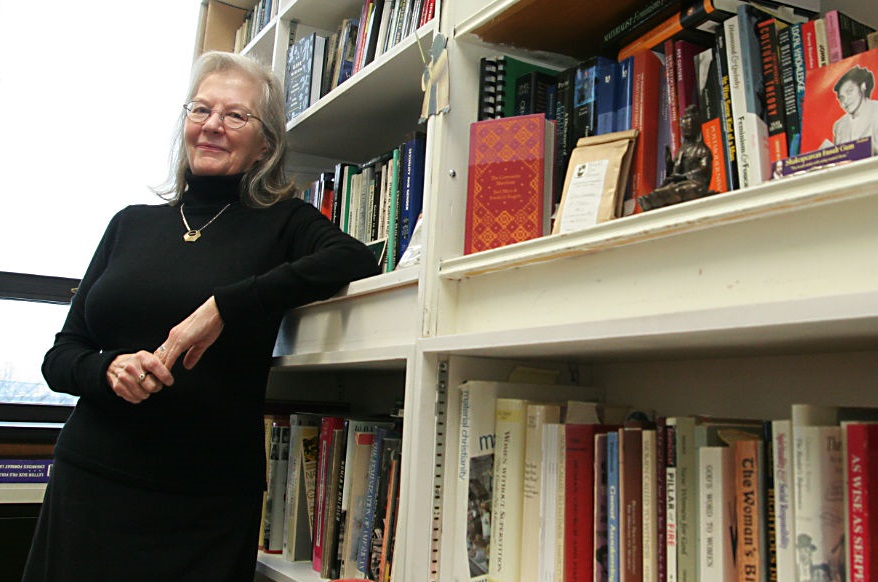 Dr. Warne explains that the foundation of Cultural Studies is challenging our own ideas about what’s conventional or normal. “What we consider to be wrong is something that’s out of place for us, but not for others,” she says. “What Cultural Studies does is tries to get us to stand back and look at our prior assumptions, and stand back from that, and one more time again… It’s the question behind the question behind the question.” The Mount program is interdisciplinary and independent, which means that students can major in Cultural Studies, as well as complement their major areas of study in other disciplines. Notes Dr. Warne, similar programs at other universities are framed exclusively within other departments (e.g. the social sciences), but the Mount program draws from and complements those other fields. This allows students “to take courses with a core focus on something we have a specialty in, which is women, gender [and] minoritarian discourses and visual culture.” Music and culture courses are wildly popular and “Rap, Resistance and Religion” (which Dr. Warne initiated and which has been taught by a popular Halifax spoken-word artist) is distinct within Canadian universities.

Dr. Warne has been teaching at the Mount for nearly two decades, and during that time has garnered multiple awards from readers of The Coast, Halifax’s culture-focused weekly newspaper, recognizing her as one of the city’s top professors (in its annual “Best of Halifax” edition). Her interest in cultural studies, however, can be traced all the way back to her formative years in Winnipeg, a city with its own rich multicultural history. She was intellectually curious from a young age, consuming all the literature she could find. “I loved texts, and had been reading everything in my grandfather’s library from the time I was about eight,” she says. In the early 1970s, she attended the University of Winnipeg, doing her undergraduate work in Religion and Literature. She says she chose to pursue religious studies because it allowed her to explore and integrate a multitude of cultures and ideas. She was interested in “big questions” and says that the school was an environment that “had a rich history of conversation, unconventional people, social activism, and cultural expression, and that was perfect for me.” By the time she went to the University of Toronto, her future had two paths forward – one led to a master’s degree and the other to a career as a blues singer. She wound up writing her master’s thesis on outliers (and later completed her PhD in Religion and Culture), but spent many of her weekends auditioning or playing. The two paths were not as divergent as they appeared, she says, as her interest in questions of oppression and social hierarchies provided the academic framework for her interest in the blues.

“I want to provide students here with the exciting and rich educational environment that I had.”

“If you’re studying the disadvantaged and those who are not dominant in the culture, race [and/or] class is obviously an issue,” she says. “So I was interested in the blues as a musical form, but also as a cultural form.” As a student, she also made a habit of challenging professors when she felt they weren’t asking the right questions or even acknowledging that there were questions to be asked. “I was an eager student,” she says. “And a bit persistent.” Now in the role of educator, Dr. Warne says those are the kind of students she loves to teach – “the ones who will ask questions and those who are willing to push themselves to think in new ways, whether they talk in class or not.” “I want to provide students here with [the] exciting and rich educational environment that I had,” she says. The Mount, she adds, is a distinct university whose historical focus on women makes it an outlier. “You put a bunch of women together and they apparently became quite a force to be reckoned with, and some of that has carried forth.”
Next article »
How to spend your Caritas Day (January 25, 2017)
« Previous article
A different point of view