Upon the first inspection of the beehive after this winter, our resident Beekeeper noticed that the bees had not survived. During the winter, the colony of bees huddle together to keep warm. Once the outside begins to warm up, the colony splits into small groups and starts to clean the hive in preparation for the spring. This winter, however, had multiple temperature fluctuations which most likely caused the bees to separate in the milder temperature and freeze when the temperature suddenly dropped.

Fear not! The campus has once again acquired a new swarm of bees which are currently thriving in their new home. Jillian Ruhl, MSVU Campus Beekeeper, was able to bring 15,000 bees to the campus’s beehive in late June 2019. Due to the abundance of flora surrounding the university, the bees have been happily buzzing around – pollinating the Mount’s plants as they go. The honey produced by the Mount bees is expected to be extracted in late August/ early September. The proceeds collected from each jar and hive workshop attended will go directly back to the Mount Community Garden for future projects. You can get all the buzz and updates about the hive and workshops on The Mount Community Garden’s Facebook page: The Mount Community Garden . ‘Keep’ in mind that the scheduled dates are subject to change as inspections depend on the status of the bees and their activities. 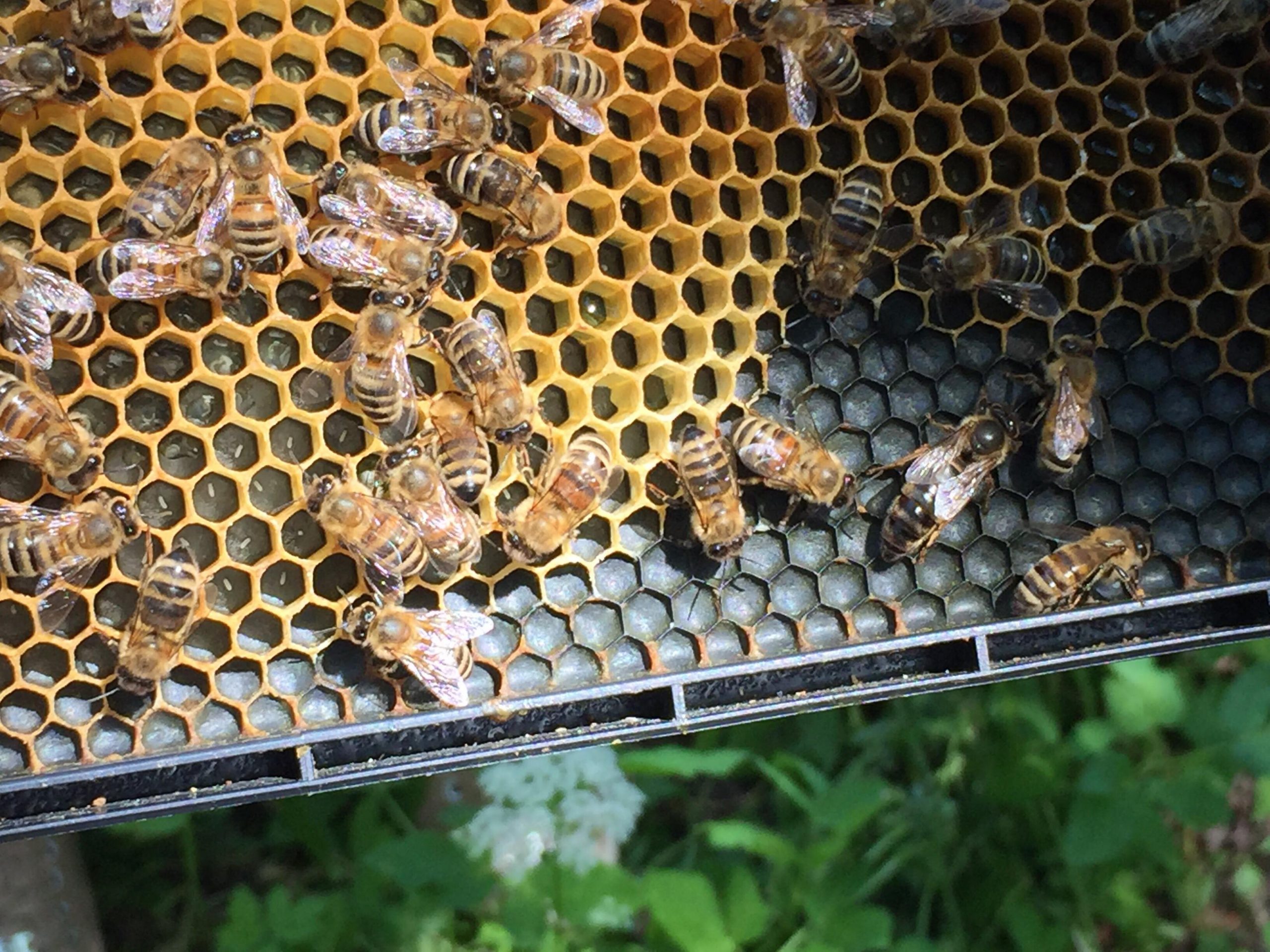 Last summer, the Mount enrolled 10,000 new members to its community! With the installation of a honey bee ‘nuc’ (colony) to the campus, the university was flying with activity! The colony increased to about 40,000 bees last fall, which went into winter and successfully survived into the spring. The queen stops laying in the winter so the colony does not grow in number at that time. In a healthy hive like this, approximately 160 bees die each day in the winter. So, assuming the queen was not laying eggs from December to March (120 days), the colony lost around 19,200 bees. This means the colony decreased to about 20,800 bees from Fall to SpringThe colony did seem quite small when the campus beekeeper, Jillian Ruhl, first peaked on them late winter/early spring, but a thorough inspection to estimate the numbers before the queen resumed laying eggs was not done. The colony has grown considerably since then. Currently, there are approximately 30,000 or more honeybees. Jillian will be adding a third super (hive box) so we should be able to expect the colony to grow past 60,000 by the end of July. With the current growth, the Mount community can expect a honey extraction workshop at the end of August and proceeds for jars of honey will go directly back into the MSVU Community Garden’s funds for special projects, just like this one!You can get all the buzz and updates about the hive and workshops on The Mount Community Garden’s Facebook page: The Mount Community Garden . ‘Keep’ in mind that the scheduled dates are subject to change as inspections depend on the status of the bees and their activities. 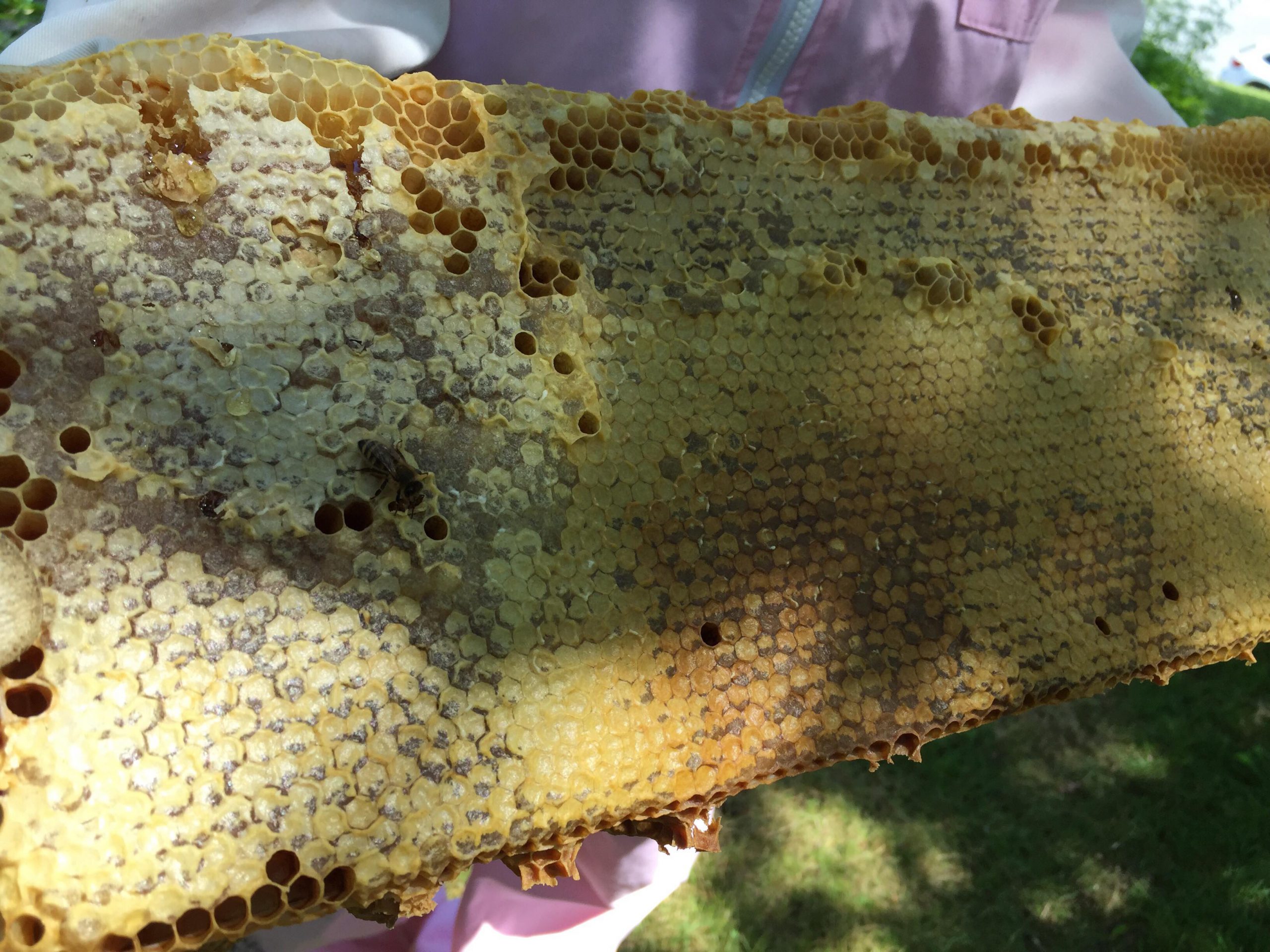 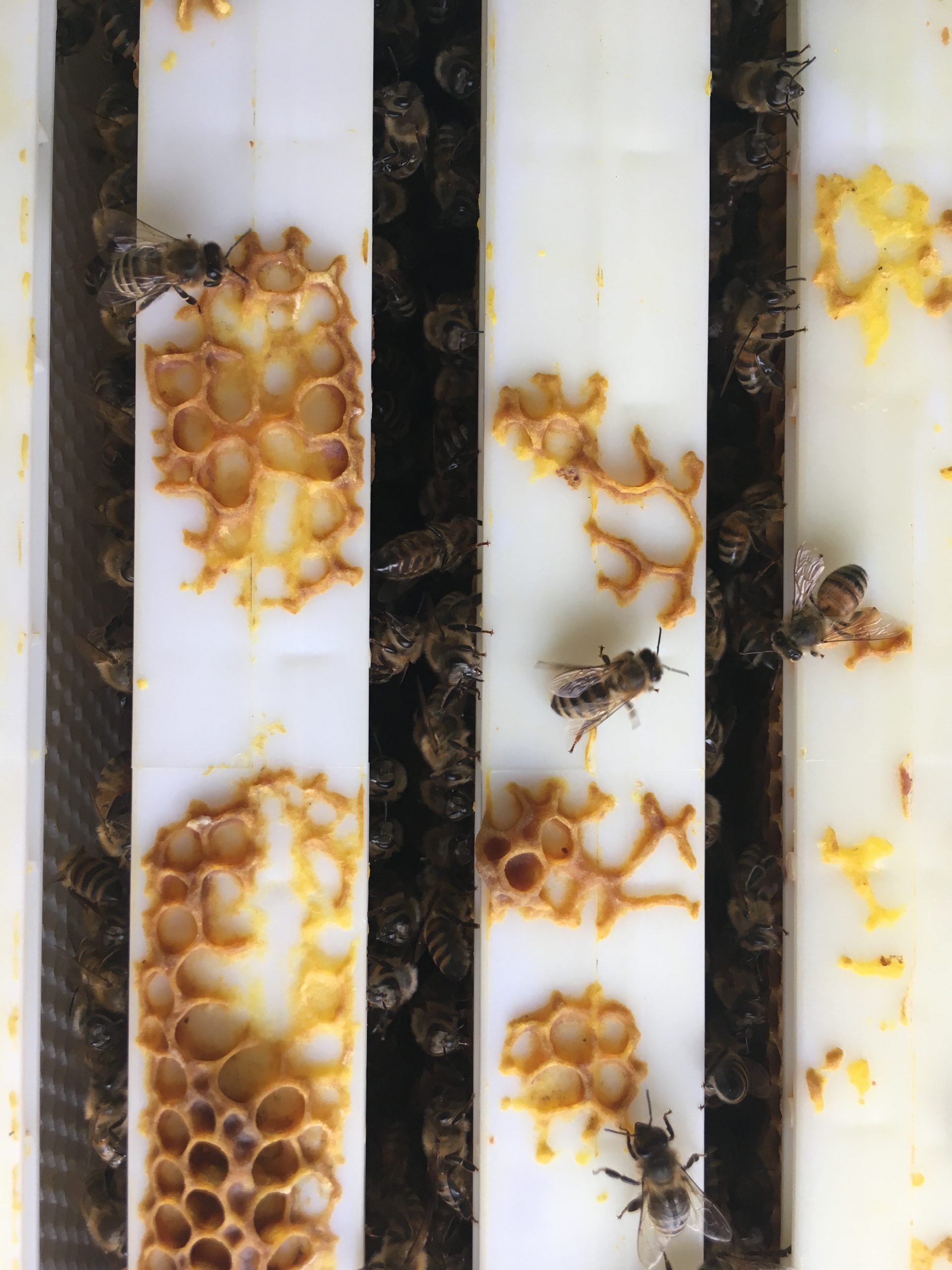 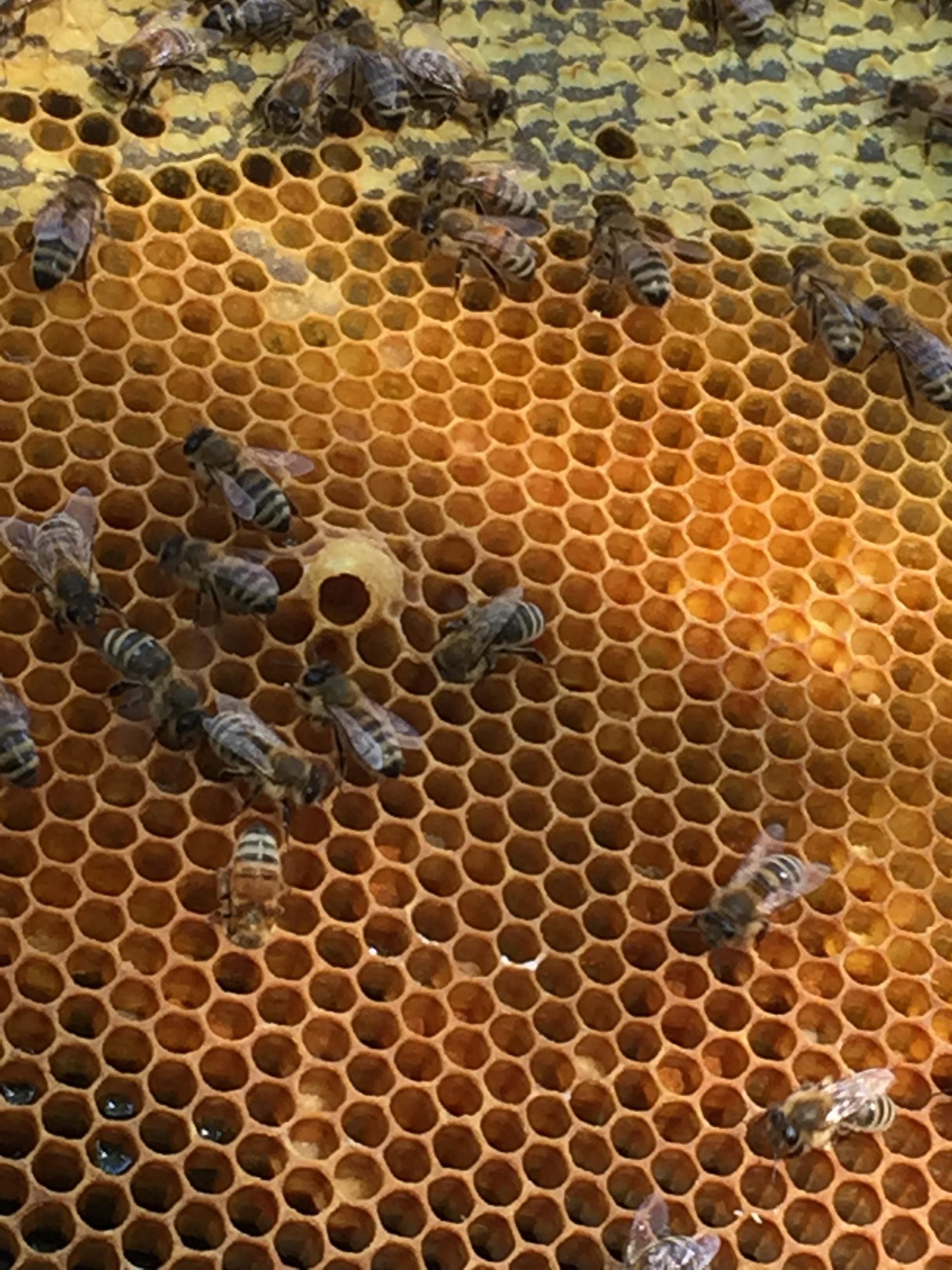 Formation of a “queen cell”