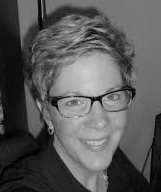 Jacqueline (Jacquie) Gahagan, PhD (medical sociology) joined MSVU as Associate Vice-President, Research on September 1, 2021. Prior to joining MSVU, they were a Full Professor of Health Promotion in the Faculty of Health at Dalhousie University where they taught community health promotion strategies, program planning, and measurement and evaluation courses. Jacquie serves as the Co-Director of the Atlantic Interdisciplinary Research Network for Social and Behavioural Aspects of HIV and HCV (airn.ca), as a Founding Fellow of the MacEachen Institute for Public Policy and Governance and is an Affiliate Scientist with the Nova Scotia Health Authority. Prior to this, Jacquie held a variety of Research Scholar and Research Associate positions with the Jean Monnet European Union Centre of Excellence, the Atlantic Centre of Excellence for Women’s Health, the Health Law Institute, the Healthy Populations Institute, the Beatrice Hunter Cancer Research Institute, among others.

Jacquie’s program of mixed methods health promotion research focuses on evaluating policy and programming interventions using sex and gender-based analyses (SGBA+) to address health inequities among marginalized populations, including those living with or affected by HIV, HCV or other STBBIs, the scaling-up of access to innovative HIV testing technologies, older LGBTQ2I populations and access to housing, primary healthcare utilization among LGBTQ2I communities, and end-of-life decision-making. Jacquie worked as an evaluation specialist in public health at the municipal, provincial and national levels in relation to harm reduction, HIV/HCV prevention, and tobacco use cessation prior to their academic career.