‘Inspiring Woman’ to be recognized at the Mount 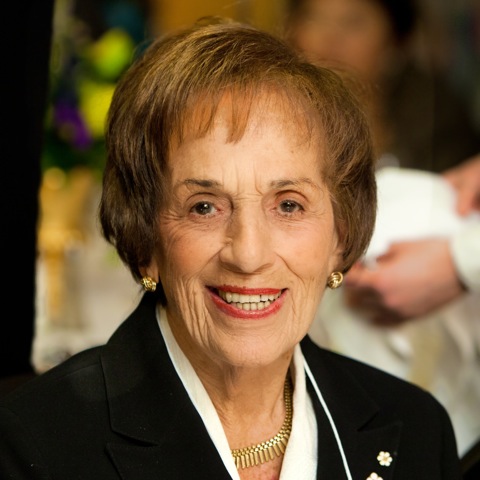 (Halifax, NS) – The spirit, energy and contributions of Ruth Goldbloom will permanently be recognized thanks to civic leaders Colin MacDonald, Mickey MacDonald and Dr. Howard Conter. These leaders rallied over 40 donors to honour Ruth Goldbloom as part of the Mount’s new Margaret Norrie McCain Centre for Teaching, Learning and Research.

The Mount’s ProjectTWENTY12 is a special campaign to raise funds for a new academic building at the University, that will pay tribute to women. Its cornerstone will be a special installation celebrating “Inspiring Women” in the central Atrium of the new Margaret Norrie McCain Centre for Teaching, Learning and Research, slated to commence construction in early 2013.

Reaching out to friends in late June, the three men set out to raise $250,000 to pay homage to Ruth through the Inspiring Women initiative.

The Mount’s President, Dr. Ramona Lumpkin, was grateful. “You can imagine how heartened we were when the MacDonald brothers and Dr. Conter contacted me to say they wanted to help.”

The groundswell of support for Ruth from the community was so great that $500,000 was raised, ensuring that Ruth and her late mother, Rose Schwartz, could both be included in the Inspiring Women installations.

Dr. Lumpkin joined the MacDonalds, Dr. Conter and donors at the Goldbloom’s summer home in July, to share the surprise and make a special presentation.

“She was so moved by the tribute to both her and her mother, and by the generosity of her friends. As we were.” Dr. Lumpkin says the stories of Ruth and her mother Rose will lift up generations of Mount students and visitors who pass through the McCain Centre, adding, “Ruth’s vision and passion helped form the Mount. It feels so right that we should tell her story as one of our inspiring women.”