Queer Theory at the Mount

As part of our Pride Week celebrations, we are sharing the stories of Mount community members advancing efforts with a focus on the 2SLGBTQ+ community. Today, we’re proud to feature the English Department’s Queer Theory course. 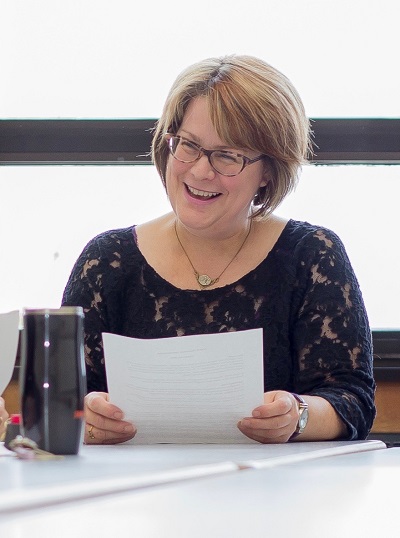 In recognition of the 2018 Halifax Pride Festival, the English Department wants to show its Pride by highlighting its Queer Theory course.
Addressing a gap in the curriculum, Queer Theory was first taught as a full-year Special Topics course in 1995-96 by Dr. Steven Bruhm, a former professor in the English Department as well as Mount alum. At the time, it was the only course of its kind east of Montreal.
Dr. Bruhm’s motivation for developing this course was twofold: “The Mount’s English Department has always encouraged faculty to teach in their research areas, and so Queer Theory made a lot of sense for me,” he explains. “The second reason is that, while the Mount had always been strong in Feminism (obviously), it had done much less in the field of the Queer: how did Queer Theory intersect with Feminism, and how did it critique Feminism? What are the fundamental differences between a theory of gender and power (such as Feminism) and a theory of sexuality and desire (the Queer)?” 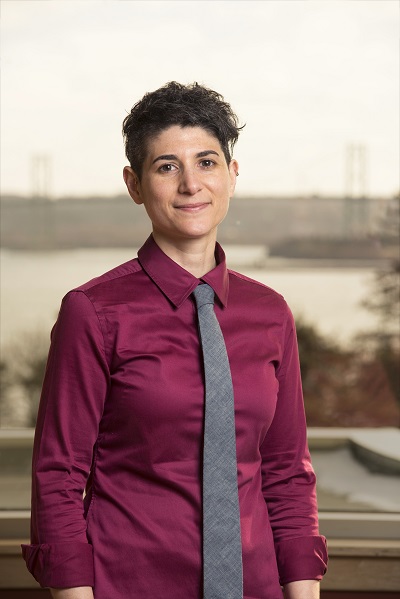 In its current incarnation, this half-unit, fourth-year course is cross-listed with Women’s Studies and the graduate program in Women and Gender Studies (ENGL 4407/WOMS 4407/GWGS 6607) and typically runs every two years, last being taught in the 2018 Winter Term. Since Dr. Bruhm’s departure, the course has been regularly taught by Dr. Karen Macfarlane (at right, above) and, most recently, by Dr. Diane Piccitto (at right, below).

But what, exactly, is Queer Theory? As a theory of otherness, disruption, and alternative ways of being and acting in the world, Queer Theory resists being systematized in relation to theoretical methods that are often notoriously exclusionary and elitist.
What Queer Theory does is use both materialist (that is, grass roots, political) ways of thinking about society and culture as well as scholarly, philosophical strategies for reading various kinds of representations to offer a mode of resisting and deconstructing normative – especially heteronormative – ideologies, discourses, and practices. Concentrating on representations of marginal identities and experiences, it is a rich theory that continues to develop and be reshaped with contemporary investments, particularly in the context of sexuality, sexual orientation, gender identity, and gender expression, as well as numerous constellations of expression, performance, and desire.
The course varies in content each time it is offered, but its goals remain the same. It invites students to explore the way different thinkers (such as Sigmund Freud, Michel Foucault, Eve Kosofsky Sedgwick, and Judith Butler) have contributed to this dense field. Rather than reading the founders of the field as canonical, the course intentionally uses the strategies of Queer Theory to interrogate the philosophical implications of their writings, while also drawing on them to think about continuities and reconfigurations. In all of this, the course is interested in the relationship between theory and practice, knowledge and being, identity and embodiment.

The Queer Theory course – the most visible of the English Department’s critical involvements with the politics of queerness – is part of a larger personal, scholarly, and activist participation in queer themes and LGBTQ+ culture that shapes the department.

The underpinnings of the course recognize that an approach to queer issues from the perspective of literary studies offers an important complement to as well as critique of related research in fields such as Sociology, Psychology, and Women and Gender Studies. The course includes an exploration of political work and interventions done by a wide variety of queer theories from a number of disciplines. For instance, the English Department’s Queer Theory course provides students a way to assess and examine their individual commitments to their own identities in light of larger ideologies and systemic patterns, which are made visible through critical engagement and textual analysis of literature, film, popular culture, historical events, politics, scientific discourse and inquiry, and current affairs. Re-visiting the various roots and permutations of Queer Theory allows for an awareness of generational shifts and the connections between past work and present concerns even when they seem to diverge. It also allows for an awareness of the way queer theorists have been and are at the forefront of socio-political change, attempting to unveil the oppressive and discriminatory nature of socio-political structures, the medical system, and popular points of view, as is the case with the array of works produced on the AIDS crisis.
By examining how discourse functions in the deployment of power and shaping identities as well as the significance of queer theoretical perspectives for understanding and negotiating various environments, the course aims to prompt students to question and better understand their own agency and sense of self as well as their own position and power in the world.
While this is currently the only course that focuses exclusively on queerness in our curriculum, it is by no means the only one to address these issues. In fact, almost every English course regularly explores queer texts, authors, and/or themes, from the poetry of Sappho to Shakespeare’s sonnets and plays, to Oscar Wilde’s The Importance of Being Earnest and The Picture of Dorian Gray, to the poetry of Adrienne Rich, Allen Ginsberg, and Elizabeth Bishop, to Ivan E. Coyote and Rae Spoon’s Gender Failure, to Tolkien slash fiction.

With teaching and research fundamentally intertwined, several faculty members have found fruitful connections between the queer theory as well as queer themes that they teach in their courses and their publications and public talks. Steven Bruhm, a distinguished Romantic scholar and queer theorist, has published works such as:
• Reflecting Narcissus: A Queer Aesthetic (University of Minnesota Press, 2000),
• Gothic Bodies: The Politics of Pain in Romantic Fiction (University of Pennsylvania Press, 1994),
• Curiouser: On the Queerness of Children (co-edited with Natasha Hurley, University of Minnesota Press, 2004), and
• “Still Here: Choreography, Temporality, AIDS” (Queer Times, Queer Becomings, eds. E. L. McCallum and Mikko Tukhanen, SUNY Press, 2011, 315-32).
Karen Macfarlane has published:
• “The Monstrous House of Gaga” in The Gothic in Contemporary Literature and Popular Culture: PopGoth (Routledge, 2012) and
• “Taking (on) Identities: Transvestite Texts in Shyam Selvadurai’s Funny Boy” in Open Letter 3 (2007): 38-46.
She is currently revising an article on the figure of the “fag hag” in popular culture and has presented papers at conferences that focus on gay icons and iconography in contemporary popular culture.
In addition, Anna Smol explores sexuality in Tolkien’s trilogy and contemporary slash fiction in her article “‘Oh… oh… Frodo!’: Readings of Male Intimacy in The Lord of the Rings” (Modern Fiction Studies 50.4, 2004, 949-79).
And Diane Piccitto has employed queer theorists such as Butler and Halberstam to think through constructions of inspiration and identity by Romantic poet-painter William Blake in the final chapter of her study Blake’sDrama: Theatre, Performance, and Identity in the Illuminated Books (Palgrave Macmillan, 2014). She also draws on queer theories for her current research on transgression in Romantic-era literature.
The Queer Theory course – the most visible of the English Department’s critical involvements with the politics of queerness – is part of a larger personal, scholarly, and activist participation in queer themes and LGBTQ+ culture that shapes the department.
We celebrate Pride during the festival and encourage engagements with the issues, triumphs, and challenges that Pride has historically represented and continues to represent throughout our teaching, course offerings, and research.
Happy Pride!
Next article »
How the MSVUSU Pride Centre is changing student life for the better
« Previous article
Mount researcher studying family support of same-sex marriage