The Mount was founded on a commitment to equality and inclusion – and these principles remain at the core of our University today. As part of our Pride Week celebrations, we are sharing the stories of Mount community members advancing efforts with a focus on the 2SLGBTQ+ community. Today, we’re proud to feature the work of Family Studies and Gerontology professor Dr. Áine Humble.

Since coming to Canada from Britain in the early nineties, author and broadcaster Michael Coren’s “conservative Catholic” voice reached into Canadian homes through radio, television and print media. He was long regarded by many as a stalwart supporter of a variety of teachings within the Catholic Church, including the rejection of same-sex marriage and relationships – though not anymore. “There is a huge resistance against the LGBTQ community from the evangelical community, and Catholicism more specifically…there is still so much fear,” Coren remarks. “I didn’t want to be a part of that any more.” Over the past five to six years, Coren has experienced a transformation of personal faith, which has included converting to Anglicanism and a public change of heart through his book, Epiphany: A Christian’s change of heart and mind over same-sex marriage.

“I realized I could not contribute to the teaching of an ideal that I did not personally align with anymore,” Coren says. 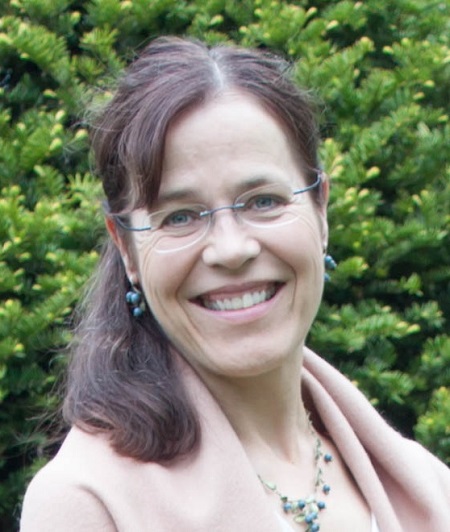 Dr. Áine Humble, a professor and researcher in the department of Family Studies and Gerontology at Mount Saint Vincent University, has noted stories such as Coren’s in relevance to her current study. He is the quintessential example of a change in perspective she seeks to study as part of a broader look at family support.
“My research focus has long been centered on family rituals and weddings, but I have increasingly become interested in the experience of same-sex couples and their families in these same scenarios,” Dr. Humble explains. “I would hear same-sex couples comment on family members being supportive or unsupportive and I decided I wanted to speak to those relatives directly.”
Dr. Humble’s previous LGBTQ community-focused studies include a qualitative exploration of Canadian same-sex couple’s experience with the wedding industry, government agencies and religious institutions, as well as a discussion of how to shift the family studies field to a transformative, critical pedagogy that incorporates conceptual tools, language, and theoretical insights from queer and intersectionality theories— winner of the 2017 Wiley Prize in Family Science. Her current study is examining how individuals show support when a relative announces they are marrying a same-sex partner. Her participants are family members of individuals in same-sex unions.
“Support of couples in same-sex marriage— and in any marriage— helps to strengthen relationships and improve health and wellbeing. [For this study] I am looking at support in general,” Dr. Humble says. “At no point do I offer my participants a predefined understanding of support, rather they share their own perception and experience of offering it.”

“I have two family members in same-sex marriages,” says Kathy Petite, one of seven individuals who have participated in the study so far. Dr. Humble is aiming to recruit an additional dozen or so participants within the next several months.
“My nephew was the first in my family to have an unofficial ceremony, when domestic partnerships between same-sex couples were first allowed in Nova Scotia. My sister, who was first married to a man and had children, went on to marry a woman,” Petite says.
Petite explains that witnessing same-sex marriage within her extended family has been a happy experience that she has enjoyed several times – both her sister and nephew have now been in more than one same-sex marriage.
“For me, support of [a same-sex marriage] is no different than how you support any loved one’s marriage,” Petite says. “When my sister and nephew first came-out to family, I did have a few conversations with other family members who needed time to adjust. By the time marriage was on the table, it really was a non-issue.”
“I, like many in my field, view families in an inclusive way. There are many types of families and those families often experience similarities as well as differences in the challenges they face,” Dr. Humble notes. “Same-sex marriage has been legal in Canada since 2005, however just because something is legal does not mean it is widely accepted by society.”

“Too often, our conversations with and about the LGBTQ community focus on the challenges, rather than the positives. We need to be asking them some new questions.”

Changing attitudes through dialogue
Michael Coren agrees, sharing how the public reacted when he changed is own stance on same-sex marriage: “The degree of hatred that I received was shocking. There were lots of personal attacks and attacks on my family… but, lots of other people were lovely. We’re doing better, but the continued resistance and discrimination against the LGBTQ community is widespread and there is lots of work that still needs to be done to address it.”
Like Coren, Petite shares that her support of same-sex marriage has opened-way for a personal struggle with religion.
“My religious denomination is Anglican and the canon law does not allow for same sex marriage. I was peripherally involved in the early stages of supporting a proposed change to this canon, which is a long change process,” Petite explains. “In 2019, there will be a final vote on whether that law will be changed. I have hung-in because I do understand that there is a process for the church that needs to be honoured, but if the vote does not go in favour of the change, I will be making a tough decision.”
Dr. Humble has so far recruited seven participants for the study, but hopes to engage with about 20 overall by the end of this summer (eligibility criteria can be found below).
“Too often, our conversations with and about the LGBTQ community focus on the challenges, rather than the positives. We need to be asking them some new questions,” Dr. Humble adds. “This study helps to inform our understanding of family dynamics involving immediate and extended family members when someone is LGBTQ.” Petite says that while same-sex partnerships is not an area of controversy in her personal life or experiences, she recognizes that this is not always the case.
“Participating in this study was a painless experience for me; it is a conversation, really, and that is what we need,” Petite explains. “There is still discrimination against same-sex couples in many ways, and we need to foster conversations wherein those of us who may have differences can come to a place of understanding and acceptance.”

Individuals from both Canada (age 19 and over) and the United States (age 21 and over) are eligible to participate in this study if they:
•have had a relative marry in a same-sex marriage within the past five years
•were supportive of it from the start, or came to be supportive over time (this may have occurred before or after the wedding)
Confidential interviews will last approximately one hour, and will take place in person, over the phone, or through Skype. Please contact Dr. Áine Humble at +1 902-457-6109 (confidential messages can be left for Dr. Humble at this number), or by email at aine.humble@msvu.ca.
Next article »
Queer Theory at the Mount
« Previous article
Marking pride week at the Mount