Mount Saint Vincent University Applied Human Nutrition assistant professor Dr. Kyly Whitfield is headed back to Cambodia to further her research in nutritional deficiencies thanks to a new grant of over $1 million (or US$849,848) from the Bill & Melinda Gates Foundation. This grant was awarded as part of a partnership with the Sackler Institute for Nutrition Science at the New York Academy of Sciences.

Since 2000, the Bill & Melinda Gates Foundation has supported countless projects around the globe with a focus on improving education, health and wellbeing, and inspiring others to take action to change the world.

“My collaborators and I are thrilled and honoured to have received support from the Bill & Melinda Gates Foundation and Sackler Institute to be able to continue research in Cambodia,” says Dr. Whitfield. “With their support, we hope to make potentially life-saving strides in our understanding of thiamine deficiency and beriberi.” 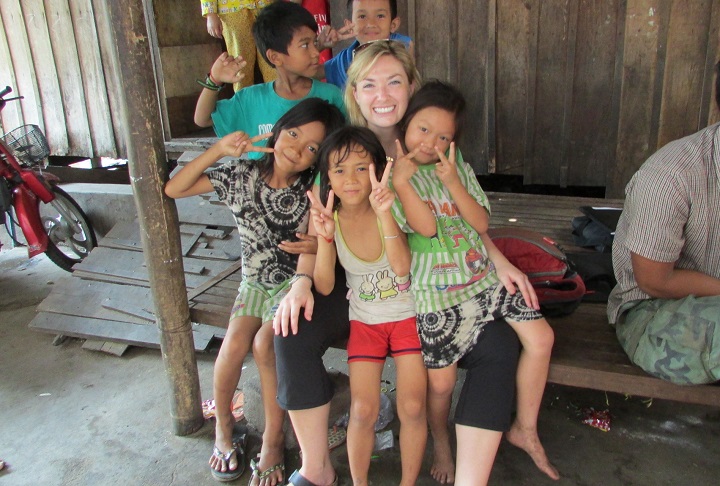 Dr. Whitfield has worked in rural Cambodia in the past (photo above), exploring food fortification as a solution to thiamine deficiency among mothers and babies in that country. Thiamine deficiency results in infantile beriberi – an often fatal condition that is preventable and long ago eradicated in Canada and other regions. Infants develop beriberi in the early months of life when they consume breast milk from mothers with a thiamine-poor diet.

When she arrives in Cambodia in April of this year, Dr. Whitfield will begin a new study seeking to identify the optimal amount of thiamine required for the nutrient to transfer in sufficient amounts into new mothers’ breast milk, thus preventing infantile beriberi. The study will involve 320 mother-baby pairs randomly assigned to one of four groups: one receiving a placebo, another receiving a high dose of 10 mg, and two others receiving lower doses of 1.2 mg and 2.4 mg each daily.

“It’s unacceptable that we are still seeing infant mortality from something that is totally preventable,” notes Dr. Whitfield. “We know what causes infantile beriberi, and we know how to solve it. If we could catch babies with beriberi quickly enough and give them a thiamine supplement, then they would bounce back within a few hours. Even better, we could prevent the condition entirely if we could ensure the mother’s intake of thiamine was sufficient for passing it along to baby through breastfeeding. This study will help us determine exactly how much thiamine mothers need to eat in order to prevent beriberi in their young children.”

The mother and baby pairs in the trial will breastfeed exclusively for the first six months after birth. Dr. Whitfield and her team will collect blood and breast milk samples from mothers throughout the trial, and blood from the babies at 6 months, in hopes of modelling the exact thiamine dose required by Cambodian mothers to prevent beriberi. 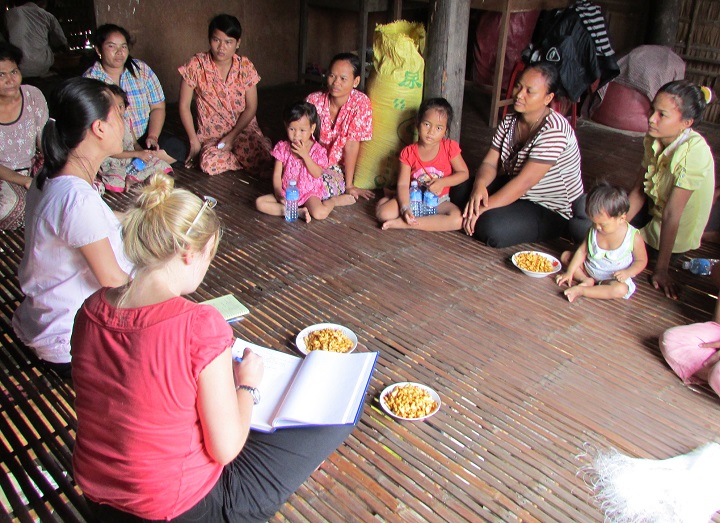 Another component of Dr. Whitfield’s upcoming research program in Cambodia will be assessing salt as a possible vehicle for fortification.

Previously, Dr. Whitfield explored thiamine-fortified fish sauce as a possible solution for infantile beriberi. “While this worked extremely well in Cambodia, fish sauce is not a commonly consumed condiment in other beriberi-endemic regions such as Myanmar and Laos PDR. Also fish sauce is produced in factories all over the region, while salt tends to be a more centralized industry, making mass fortification easier” she notes. There have also been outbreaks of beriberi in other countries, including on the small Pacific Island of Kiribati, so Dr. Whitfield and her team are on the search for a more common fortification vehicle that could be used anywhere in the world. Salt may be that food.

Over the six-month research period, Dr. Whitfield’s team will be providing the salt for the household of each participant. Researchers will visit these families every two weeks to weigh the salt provided to determine how much has been consumed. By the end of the study, Dr. Whitfield hopes that they can combine information about usual salt intake and optimal thiamine dose to formulate a recipe for thiamine-fortified salt.

Another new facet of Dr. Whitfield’s work will involve exploring the possibility that subclinical (or low-level) thiamine deficiency causes long-lasting cognitive deficits. “For years we have been blaming poor school performance among children in this region on stunted growth or anemia. What if it’s not those things? What if it’s actually subclinical thiamine deficiency?”

Working closely with psychologists from the University of Oregon, Dr. Whitfield and team will assess for cognitive differences across infants in the four groups – in other words, whose breastfeeding mothers are receiving one of the four doses of thiamine. Through culturally-appropriate cognitive assessment tools, the team hopes to determine whether there are differences in cognitive development among the babies in each group. 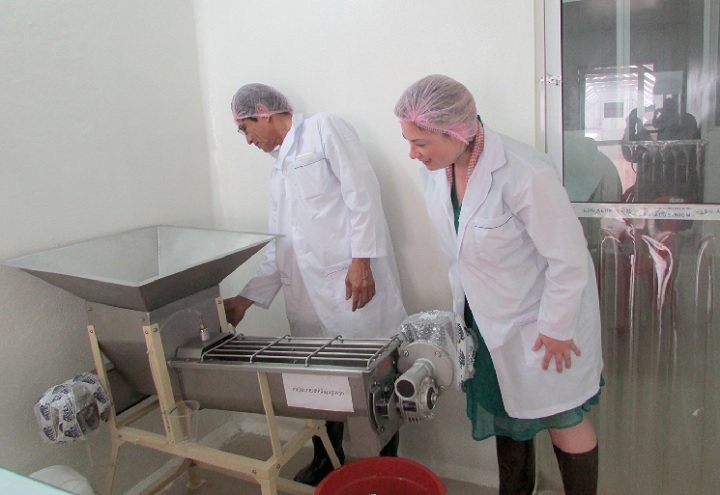 An opportunity of a lifetime for grad students

Also new to Dr. Whitfield’s team are two Mount graduate students in Applied Human Nutrition. Thanks to the grant from the Bill & Melinda Gates Foundation, Kathleen Chan and Jelisa Gallant will travel to Cambodia and work in the field alongside Dr. Whitfield.

“The opportunity to do a Master’s degree under Dr. Whitfield with this focus has been a personal aspiration since the first time I heard her lecture on her research,” said Jelisa. “We are so fortunate in Canada to have a diverse and fortified diet that has eliminated many preventable diseases, like beriberi. To have this opportunity to take part in research that will help inform a public health intervention with the potential to reduce infant mortality is indescribable.”

Added Kathleen, “Dr. Whitfield is currently my honours supervisor, and I am grateful for the opportunity to continue my graduate studies with her and expand my knowledge and research skills. After graduation I would love to continue working abroad, so this experience will be critical for gaining new perspectives around global health.”

Partners on the ground

Dr. Whitfield’s upcoming work in Cambodia will take about two years. The women participants will be recruited during the first four to five months and then each followed for six months, with all data to be collected by May 2019. Results should be available by the fall of 2019, with the sharing of data to start in Cambodia with key stakeholders and the communities involved. “It is a tradition in Cambodia that you hold a big workshop where all of the stakeholders, government folks, everyone involved in the research comes together, and then we will go back out to the villages from which all of the women participants came and do a village-level dissemination of what we found,” Dr. Whitfield explains.

In addition to the critical support of the Bill & Melinda Gates Foundation with the Sackler Institute for Nutrition Science, Dr. Whitfield is grateful to her many research partners and collaborators, most importantly Helen Keller International (HKI), an organization dedicated to “saving and improving the sight and lives of the world’s vulnerable by combating the causes and consequences of blindness, poor health and malnutrition.” HKI is well connected in health circles in Cambodia and works closely with the Cambodian Ministries of Planning and Health, also partners in this effort. This research is supported by the Bill & Melinda Gates Foundation and the Sackler Institute for Nutrition Science, New York Academy of Sciences, and will be completed in partnership with researchers at Helen Keller International, the Cambodian Ministry of Health and Ministry of Planning, South Australian Health and Medical Research Institute, Institut de Recherche pour le Développement, and University of Oregon.Media contact: