In August of this year, the culmination of several years of research for Kyly (and colleagues) was published in a paper titled “Perinatal Consumption of Thiamine-Fortified Fish Sauce in Rural Cambodia” in the top-ranked pediatrics medical journal, JAMA Pediatrics. 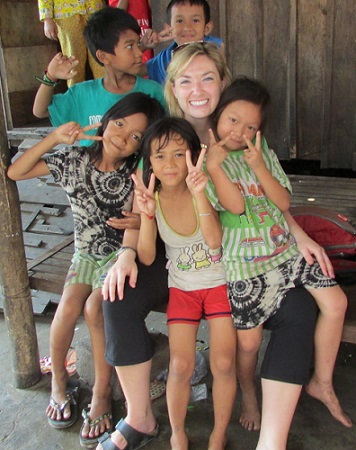 While a PhD student at the University of British Columbia, Kyly (pictured in the centre at right) led a research effort in rural Cambodia seeking to help reduce the incidence of a nutritional disease – beriberi – that was long ago eradicated in Canada and other regions. In particular, her research focused on infantile beriberi (occurring in babies whose mothers have insufficient thiamin intake) which still claims the lives of newborns in certain parts of the world. “Many diseases connected to micronutrient deficiencies – like beriberi, goiter and scurvy – have long since been eradicated in North America and other countries, in large part because of diverse diets and government led food fortification programs,” noted Kyly. “But where these programs don’t exist and diets may still be lacking in certain nutrients – for example regions where thiamin-poor white rice is a staple food – people are still being severely affected by avoidable disease.”

Building a research network a world away

Over the course of several years, Kyly travelled regularly to Cambodia, spending upwards of two and a half years in the country. She connected with local researchers, health officials and community liaisons and built a network to support her research on a fish sauce fortification program as a means of fighting thiamin deficiency. 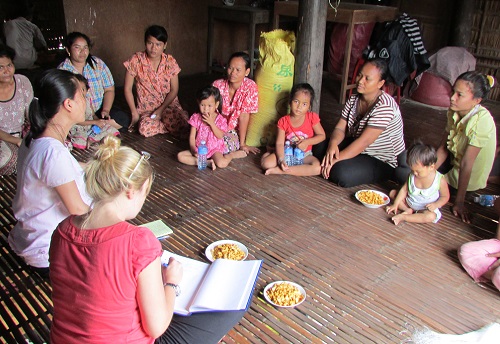 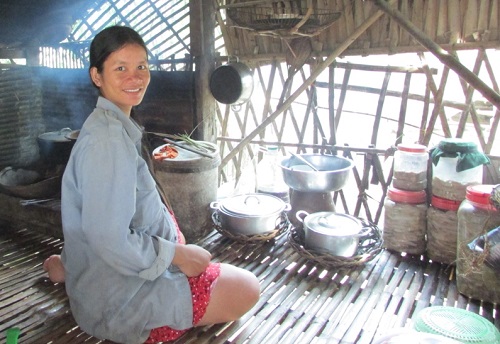 Immersing herself in the country and its communities was deliberate and important. Kyly sought to get to know the region she was working in and connect with its people. As part of her efforts, she needed to build relationships and trust with locals, in particular expectant mothers. And she needed to understand the culture.

Connecting with a culture “A culturally appropriate intervention was essential,” she noted. “Supplementation, for example, would not necessarily resonate culturally. Fortification, or adding vitamins to foods, is more culturally sensitive and sustainable, but needed to focus on a food consumed with enough regularity to be effective.” That’s where the fish sauce came in. In Cambodia, fish sauce is a staple condiment, a fixture in rural kitchens and regularly used to prepare meals. So by fortifying fish sauce, Kyly knew that the mothers eating the food prepared with it would be getting thiamin. Her randomized clinical trial (lasting six months) involved three groups – one received fish sauce fortified with thiamin at a low concentration (2 g/L), another received sauce fortified with thiamin at a high concentration (8 g/L), and a third group, the control, received the sauce without thiamin.

In order to make her sauce, Kyly worked with a small family-run factory in Cambodia, helping to formulate, bottle and label it, and subsequently distribute it to mothers (most often the family cooks) in villages throughout Cambodia’s Prey Veng province. 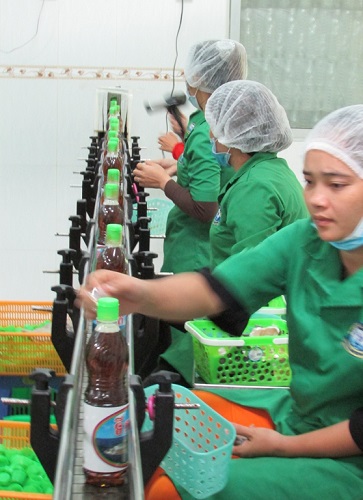 “A culturally appropriate intervention was essential. Supplementation, for example, would not necessarily resonate culturally. Fortification, or adding vitamins to foods, is more culturally sensitive and sustainable.”

Ninety pregnant women were enrolled in the study, all of whom delivered their babies during Kyly’s research initiative. Each cooked with their designated fish sauce regularly. Blood and breast milk samples were collected at the beginning and end of the study. And the results were exciting: “Compared with women in the control group, women who consumed thiamin-fortified fish sauce through pregnancy and early lactation had higher eTDP [a marker of thiamin in blood] and breast milk thiamin concentrations and their infants had higher eTDP, which was more pronounced in the high group. Thiamin-fortified fish sauce has the potential to prevent infantile beriberi in this population.” Kyly also noted that “Fish sauce is a good vehicle for thiamin fortification because we found that there is little thiamin degradation and women could not discern thiamin-fortified and non-fortified sauces.”

Toward a program for all Cambodians

Kyly’s enthusiasm for her research is palpable when she describes what’s next for her. 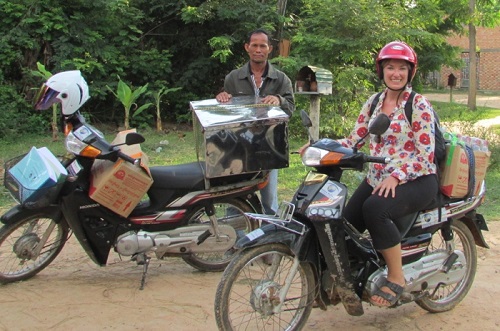 “Now that we know that fish sauce is a stable vehicle for thiamin fortification, we want to scale-up our research efforts, for example providing fortified fish sauce to everyone in one province of Cambodia, and tracking thiamin status over time determine population-wide effectiveness.” she said. “We have shared our research results with the local government and they are encouraging of larger scale studies, hopefully towards introduction of a new thiamin fortification program.” These are efforts Kyly intends to dig into as she settles into her new role at the Mount. In addition to international nutrition, her research interests include perinatal maternal, infant, and young child nutrition; micronutrients, with a focus on B vitamins; human milk and lactation; and fortification and other public health interventions to combat micronutrient deficiencies in low-income settings. Kyly is also gearing up to teach her first two courses at the Mount starting in September – a third-year course in Research Methods in Nutrition and Dietetics and a second-year course about Nutrition During the Life Cycle. No doubt her students will benefit from her unique research experiences and passion for nutritional science.