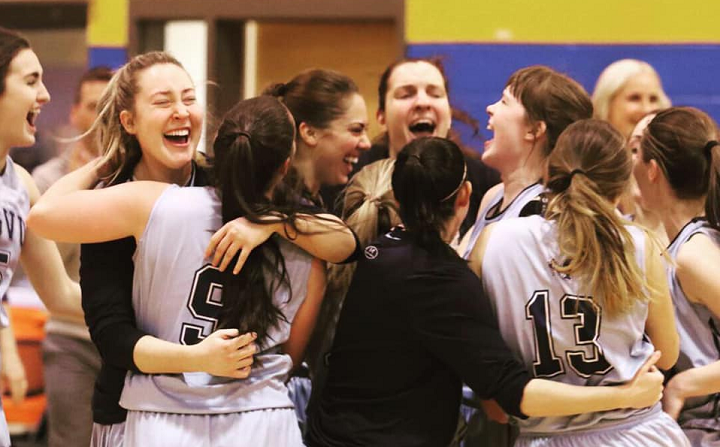 The Mount Mystics women’s basketball team went undefeated in 23 games this season. The team is ranked second nationally (Canadian Collegiate Athletic Association, or CCAA, ranking) and will compete at the CCAA National Championships March 14 to 16 in Quebec.
“Across the board, our players and their coaches have shown outstanding skill and commitment all season. We couldn’t be more proud,” says June Lumsden, Director of Athletics and Recreation at the Mount.
The Mount Mystics women’s volleyball and soccer teams were also champions of their respective series this year. 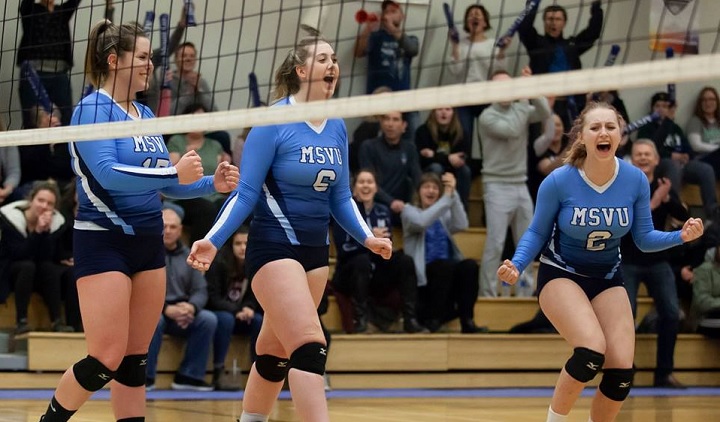 The women’s volleyball team also went undefeated this season (at 23-0) and took gold at the 2019 ACAA championships in PEI in late February with a score of 3 to 0 against the Holland College Hurricanes in the final game. They are ranked fifth nationally and will head to nationals March 7 to 10 in Niagara-on-the-Lake, Ontario.
The women’s soccer team hosted this year’s ACAA championships at the Mainland Commons in late October, defeating the St. Thomas University Tommies to claim gold. 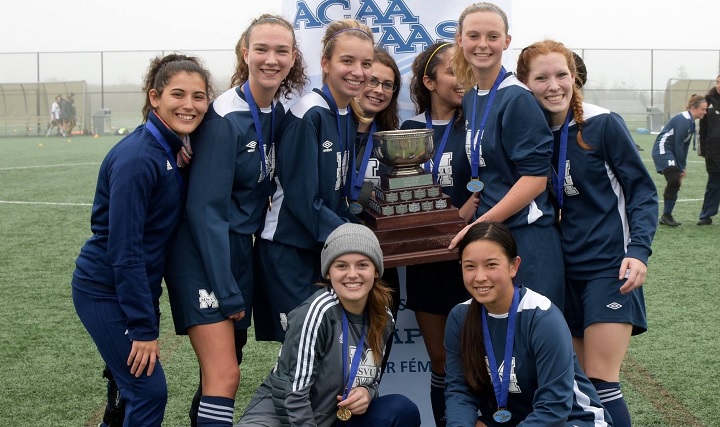