Mi’kmaq History Month at the Mount: A message from President Mary Bluechardt 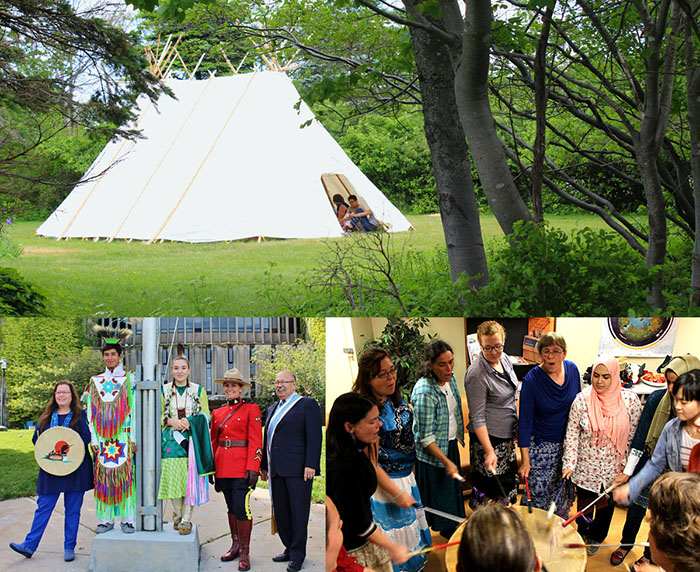 Yesterday, members of the Mount community celebrated Treaty Day, which is held annually on October 1 to mark the beginning of Mi’kmaq History Month. The month, which was proclaimed in our province in 1993, promotes public awareness about Mi’kmaq culture and heritage for all citizens of Nova Scotia.

A number of events will be held on the Mount campus throughout Mi’kmaq History Month. I encourage you to visit our event calendar for more information.

As we acknowledge in our opening remarks at every major Mount event, we live on traditional Mi’kmaq territory. It is our duty as Nova Scotians and Canadians to honour and increase our understanding of the province’s rich Mi’kmaq culture. This is a priority for our University and we have made strides in recent years. In February 2013, we established our Aboriginal Student Centre, which is a place where all students can seek advice and feel at home, especially Indigenous students considering post-secondary education at the Mount. In October 2016, we celebrated the permanent raising of the Mi’kmaq flag at the front of campus. We were also the first Nova Scotia university to add a wikuom to our campus facilities. The wikuom, which as first raised on June 12, 2017, is a space where both Indigenous and non-Indigenous communities can gather and learn together. Most recently, we appointed the Mount’s first Special Advisor to the President on Aboriginal Affairs. This role is in addition to the Aboriginal Student Services Coordinator at the Mount, a position that was established in November 2012. On October 27, 2017, the Mount will host a production of Fatty Legs: Xara Choral Theatre Show, based on the book Fatty Legs by Christy Jordan Fenton and Margaret Pokiak Fenton with illustrations by Liz Amini-Holmes and published by Annick Press. Held in the Mount’s Seton Auditorium, this is the only show being held in Nova Scotia this year. Reserve your free ticket!