Valedictorian a champion for social justice

When Charlotte Kiddell arrived at the Mount in 2011, she never could have imagined the path her next five years would take. A passionate activist, advocate, and change-maker, Charlotte will add the title of valedictorian to her extensive list of accomplishments as she graduates this May. 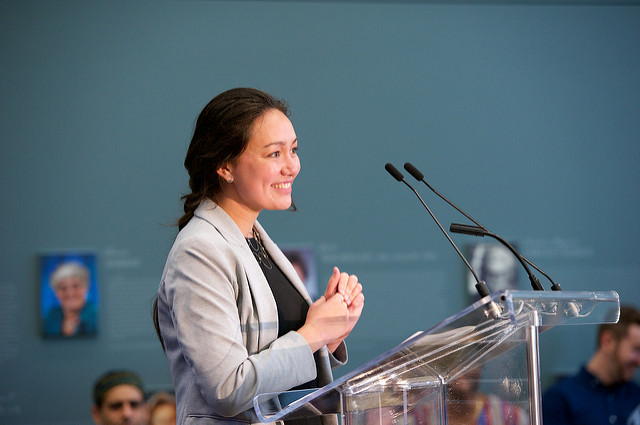 From Toronto to Halifax

Hailing from Toronto, Ontario, Charlotte came on a tour of the Mount while weighing post-secondary options five years ago. Having enjoyed small schools growing up, and with a desire to move away from home to pursue post-secondary studies, the Mount seemed like a natural fit. “Halifax really appealed to me as a city to live in. During my campus visit, I was so impressed with the Mount’s strong sense of community… it was so heartfelt.”Charlotte began her undergraduate degree with an undeclared major, eventually selecting a double major of Psychology and English. She completed her final year of studies at the Mount this past April, having recently completed her English honours thesis, and will cross the convocation stage on May 19, 2016. Charlotte’s academic success has been noteworthy. Throughout her Mount career, she has maintained the prestigious Presidential Scholarship and received many other academic awards and accolades.

And she’s excelled equally in her advocacy efforts. In fact, it would be difficult to find someone in the Mount community who hasn’t been touched by Charlotte’s initiatives in one way or another. A student representative on the Mount’s Board of Governors, Women’s Representative with the Canadian Federation of Students-Nova Scotia (CFS-NS), four-year Operations Manager for the Fountain Play Centre, research assistant in the Psychology department, former president of the MSVU Environmental Society – the list of Charlotte’s Mount activities is long.

“You get to know everyone on campus very quickly – it’s so tight-knit. Getting involved just snowballed for me,”Charlotte said. 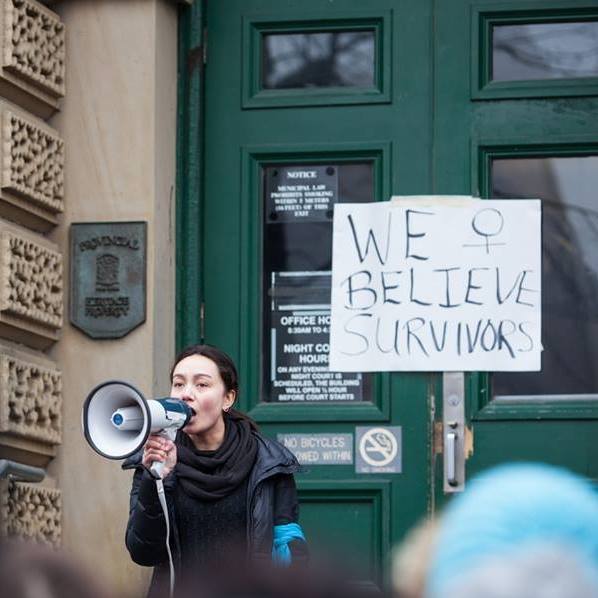 One cause especially near to Charlotte’s heart is the MSVU Feminist Collective. Two years ago, Charlotte founded the Collective to foster feminist conversation, education and activism in the Mount community. “It just turned into the best, strongest community I could have imagined,” Charlotte said.In March 2016, she organized a ‘We Believe Survivors’ rally with the Collective “in protest of Jian Ghomeshi’s acquittal and injustice for survivors.” The rally attracted more than 200 supporters and garnered impressive media attention. The Collective has also hosted annual panel discussions, campaigns, and rallies on campus “to bring feminism to the forefront of our conversations,” Charlotte explained. 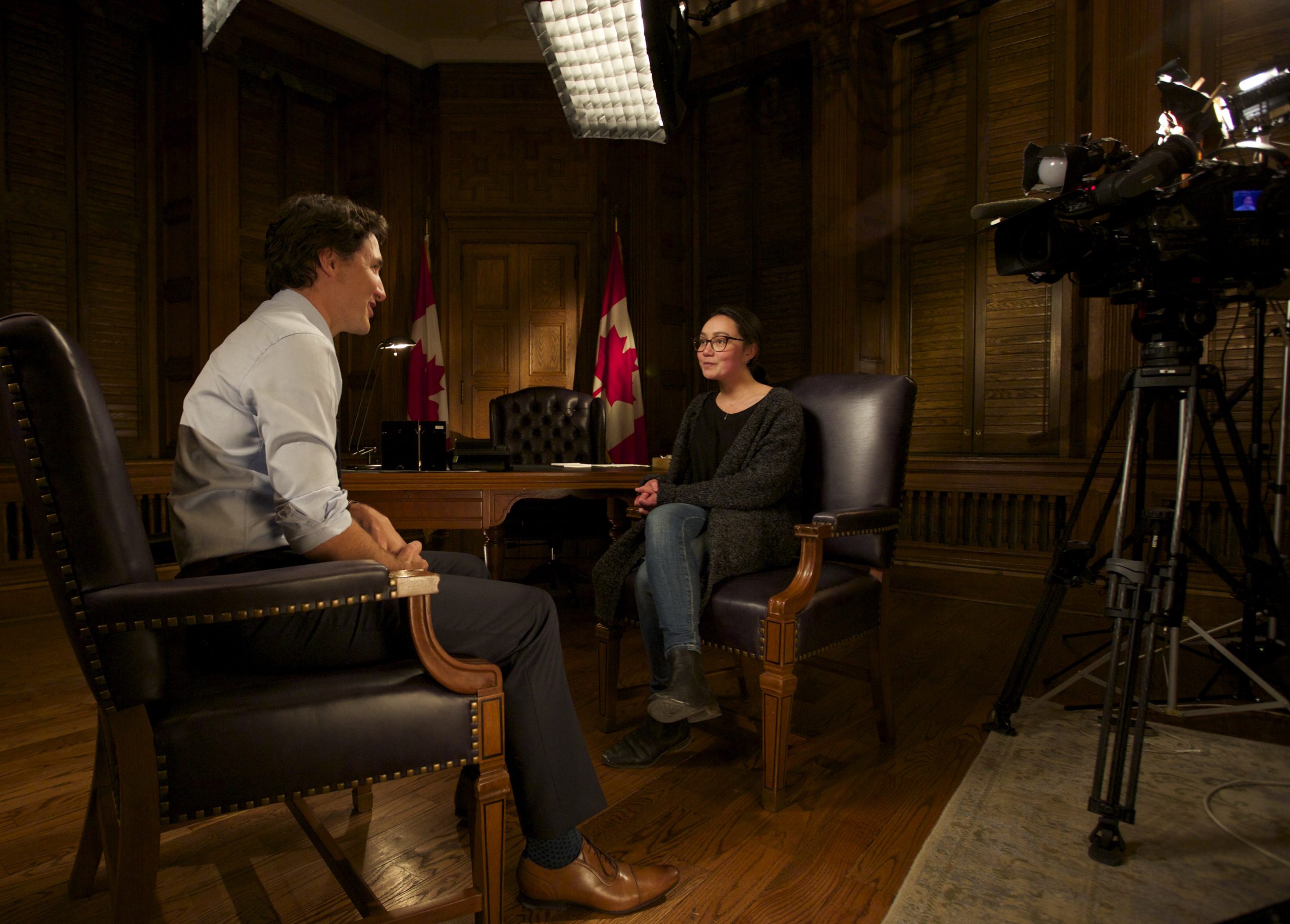 In January of 2016, Charlotte’s activism was taken to a national level.

She was given the rare opportunity to speak one-on-one with Prime Minister Justin Trudeau in a 10-minute televised, unmoderated interview (pictured at left).

The only student and the only Maritimer featured in CBC’s “Face to Face with the Prime Minister”, her experience inspired many students to speak up and advocate for what they believe in.

The fact that Charlotte is finishing her undergraduate degree will hardly slow her down. Later this year, she will assume the role of Provincial Chairperson for the Canadian Federation of Students-Nova Scotia (CFS-NS), a leadership body that aims to give students an ‘effective and united voice’ in Canada and the province. The cause is one she is passionate about.

“My first instinct is always to care for people.”Charlotte said, explaining what drives her. “Part of caring for those I love is engaging in activism to make things better for them in a big-scale way. It’s all a form of care work for me.”

Charlotte’s advice to students starting out on their post-secondary path: “Don’t be afraid to just go for it. Trust your ability and worth.” She emphasizes the importance for students to become involved with things they care about. “Find what drives you, and feed that passion.”

Watch Charlotte’s valedictory address live on MSVU.ca during the Mount’s convocation ceremony at 10 a.m. on May 19.