“On the edges and spaces in between”

There’s a new society at the Mount that’s piquing the interest of students across programs. The Mount Saint Vincent University Geek Society started as an initiative to gather an on-campus Pokémon Go group after the famous interactive Pokémon catching game made its debut last summer. Through that experience, Meaghan Babin, a fourth-year Cultural Studies major, realized there was a need for something more, thus the Mount Geek Society was created. 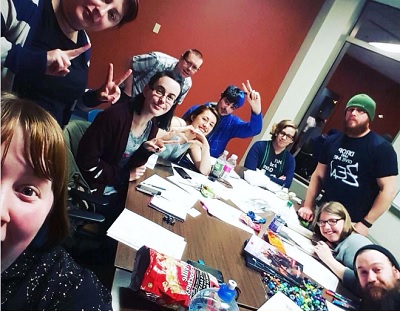 The Geek Society is a society for anyone who loves cosplay, fun events such as HalCon, and everything “on the edges and the spaces in between” as Cultural Studies Professor Dr. Randi Warne puts it. Meaghan, who is the president of the society, and Darian Rudderham, Geek Society Vice President, aim to attract students from all different academic backgrounds to participate in fun (sometimes fandom-based) activities both on-campus and off. The society now has a 12-member executive committee, has won awards at Halcon, and has one of the largest followings of any Mount society on social media (Facebook, Instagram, Twitter).The group meets about twice a month usually to discuss events coming up. Among the events they’ve hosted are Magic the Gathering nights (bi-monthly), Dungeons and Dragons nights, gaming events (like Super Smash Bros. tournaments), pizza parties and socials, convention meet ups – with a Honeydukes Pop-Up Shop planned for February. 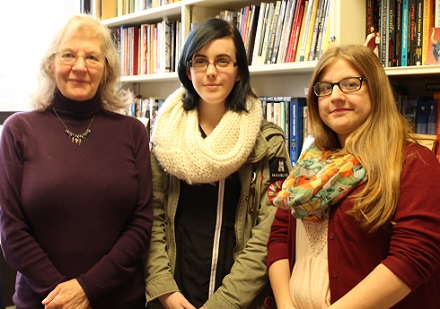 The society fills a gap and reaches out to like-minded people but also brings all types of people together. And in terms of academic links, the Mount Geek Society is primarily connected to the Cultural Studies program, but brings in many other disciplines. The Cultural Studies program is a free-standing interdisciplinary program that is distinctive in Eastern Canada, teaching transferable skills of analysis, clear communication, and cultural assessment that are relevant no matter what path students pursue. Dr. Randi Warne, a regular winner of The Coast’s “Best Professor” Award, believes that the Geek Society is a great way to learn about the influences of culture within a university setting. “I had a rich and actively creative university experience and I want every student to have the chance to have the same strange and creative experience as I did because it fosters real growth.” 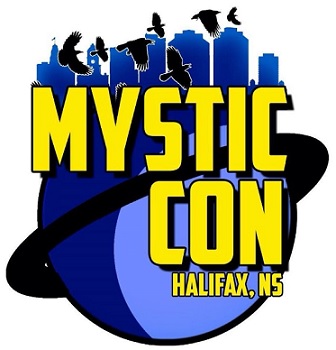 Randi notes that the Mount Geek Society is student run and that “without the desire of the students it wouldn’t work; they are essential.” The society is one that could be imitated at other universities – says Meaghan (society president): “we are proud to be the first of its kind but hopeful that more universities will spark an interest and start a Geek Society of their own.” So, if you’re a student who is interested in the “interesting,” take note: the Mount Geek Society holds meetings, goes to cool conferences and is planning a big upcoming event themselves. Mystic-Con will be the Mount’s own unique version of HalCon and will aim to exhibit the creativity of Mount students. Mystic-Con will take place throughout the Rosaria Student Centre on the Mount’s campus from March 10th to 11th. The convention will feature an artist’s and vendor’s alley, gaming room, DnD room, RPG room, LARP and Lightsaber demos, silent auction and a full selection of guests and panels on both days. Grab your costumes and your comic books and check out the Mount Geek Society on social media. Or, better yet, join them – they are also looking for volunteers and encouraging event attendees for Mystic-Con!