Instructor of public relations writing for 26 years, King’s commitment to his students, peers and the university is unwavering. 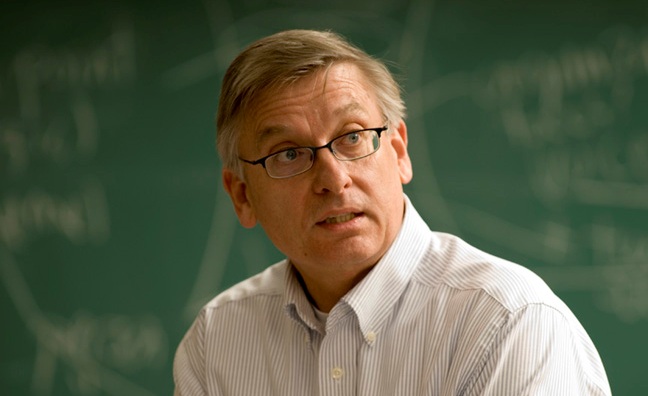 When Mount President Ramona Lumpkin called Associate Professor of Public Relations Brent King to tell him his colleagues had nominated him to receive the title Professor Emeritus, his jaw dropped. “I had no inkling, no hint, no idea,” he says, admitting he’s still trying to come to terms with this “tremendous honour.”

King has been teaching writing to public relations student at the Mount for 26 years. When he started in 1987 his students typed their assignments on carbon paper. King watched it become a computer-and-paper process, and adjusted again to today’s social and digital media environment. Despite the changes, his core philosophy around teaching writing has remained the same.

“Words, thoughtfully crafted, become a communicator’s tool,” he says, a credo so succinct it was incorporated into the Mount’s marketing materials and appeared on billboards around Halifax.

This tenet has informed his lessons to thousands of public relations students who took his classes in news, persuasive, creative nonfiction, and strategic public relations writing. His dedication to teaching students to write informatively, clearly, concisely and engagingly has contributed immeasurably to the program’s strong reputation.

“Brent King has been an exemplary citizen of the university; this is reflected in the sustained and ongoing commitment he has demonstrated as a part of the fabric of this institution. He has contributed all of this with a generosity of spirit that has enhanced our work environment, nurtured our students, supported our mission and made Mount Saint Vincent University stronger as a result,” Department of Communication Studies Chair Amy Thurlow says.

King did not set out to become a career professor. He studied sciences and completed an MBA before enrolling in journalism school at Carleton University. This was his pathway to becoming a senior staff writer with The Financial Post in Toronto. Later, he worked as a Halifax-based freelance journalist in the late 1980s while teaching, but eventually committed to the Mount full-time where he was first promoted to assistant professor then associate professor. He believes that while his path was indirect, it was logical and allowed him to take his passion for writing and nurture that in others. He calls it “a great satisfaction” to see his former students excelling, and “a joy” when a student has a confident, conversational writing voice.

He’s also published many papers, attended conferences, served on committees, and helped shape the overall public relations curriculum and individual course objectives. King used his strong interest in experiential learning to research and contribute to the ongoing development of the co-op program. And his conviction in the power of organizational storytelling motivates him to regularly bring a client orientation to assignments. “The client is the equivalent of a living textbook,” he says. His commitment to making learning relevant and realistic helped earn him the Mount’s Instructional Leadership Award in 2005.

King will retire in December 2013, but is not fading away in his final months. He brings energy, effort and focus to every lecture and workshop this term, encouraging students to frame their ideas into meaningful sentences. “If you can write a good sentence you can write a good paragraph and away you go.”

When this semester ends his immediate plan, he says, is to take a walk through campus “Trudeau style.” He pictures snow on the ground and thoughtful contemplation on how the Mount has changed during his tenure—gone are the Motherhouse and Marywood, while new buildings like the McCain Centre are rising before his eyes. (Repeating his 2010 trek of Spain’s El Camino pilgrimage and practising tai chi are already on his retirement checklist.)

“I’ll take my name off the door, flick the lights, and put out the cat,” King says of his departure.

It seems highly unlikely the Mount will let him quietly slip away. Professor Emeritus Brent King will always be a welcome and treasured peer, instructor, advisor and friend to many here.

Next article »
Valedictorian Melina Kennedy an educator and lifelong learner who stays focused on her students
« Previous article
Valedictorian Nadia Masad uses real-life experiences to learn, give back