Dr. Chérif F. Matta, Professor and Chair of the Department of Chemistry and Physics at the Mount, was recently announced as the 2017 recipient of the Mount Saint Vincent University Research Excellence Award.

The award for research excellence is given annually to a faculty member to showcase an individual’s notable research accomplishments. With a focus on the Mount’s goal of creating an engaging community of scholars, the award highlights the work of Mount researchers as public intellectuals.
Dr. Matta received the Award for Research Excellence based on his contributions to local and international research communities. 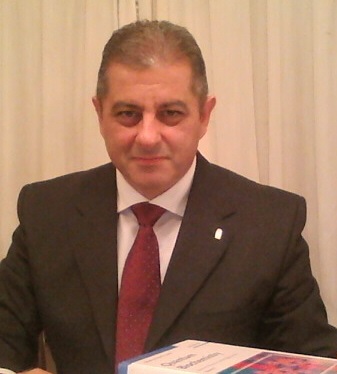 Dr. Matta describes his research in theoretical and quantum chemistry as falling into two categories: “Research with a biological application and drug design bent, and research in the continuum between physical chemistry and chemical physics.”
One of Matta’s nominators from the Mount commented: “One of the most impressive things about Dr. Matta is his wide range of publications in areas including theoretical, quantum and computational chemistry, biochemistry and thermodynamics. Many researchers would be content with expertise in just one.”
As an avid researcher, Dr. Matta has been well-recognized across the globe for his work. At the time of writing, he has published two books, 91 journal articles, 12 book chapters, and three computer programs. His papers have been cited hundreds of times with the most cited one (the one reporting his discovery of a new mode by which matter associates) gathering over 466 citations to date according to GoogleScholar. He has been a guest editor for a number of journal special issues and serves currently on the Natural Sciences and Engineering Research Council of Canada (NSERC) Committee for Chemistry. He also serves as referee for dozens of research funding organizations worldwide. So far, he has given 150 presentations in 21 countries, mainly in English, but Dr. Matta has also lectured and published in Arabic, French, and Spanish.
Dr. Matta has been well recognized for his research endeavours by various prestigious institutions. Last year (2016), Dr. Matta received the Lady Davis Fellowship, which took him to the Institute for Drug Research of the Hebrew University in Jerusalem for a named visiting professorship. In addition, in 2016 Dr. Matta was also elected as Fellow of the Institute of Physics (UK) and won the Acfas-NSERC national Prize for the science image of the year “La preuve par l’image”. 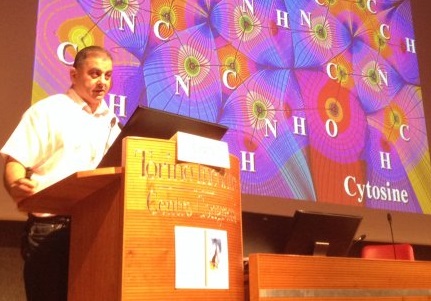 He has been an elected Fellow of the Royal Society of Chemistry (UK) in 2010 and won the Molecular Graphics and Molecular Simulation Society (MGMS) Silver Jubilee Prize in 2009. In fact, he has received accolades for his research since he was a postdoctoral fellow at the University of Toronto, at which time he won the John C. Polanyi Prize in Chemistry (2004). That prize is given to “to outstanding researchers in the early stages of their career” in the Nobel disciplines to celebrate Canada’s 1986 Chemistry Nobel Laureate John Polanyi.
As a faculty member at the Mount, Dr. Matta has been a mentor for many undergraduate students throughout the years, as well as a supervisor for Master’s and Doctoral students from institutions around the world. Senior researchers from the National Academy of Sciences of Ukraine have described Dr. Matta’s research as “monumental.”
At the spring 2017 convocation ceremony, Dr. Ramona Lumpkin, President and Vice-Chancellor of the Mount had this to say about Dr. Matta: “Not only is he one of the most distinguished scholars on campus, he is also one of its nicest people as well.”
Congratulations, Dr. Matta, on this well-deserved recognition!
Next article »
New $700,000 investment in graduate scholarship in honour of retiring President Dr. Ramona Lumpkin and husband Dr. William Blackburn
« Previous article
Wikuom (wigwam) to be raised on campus