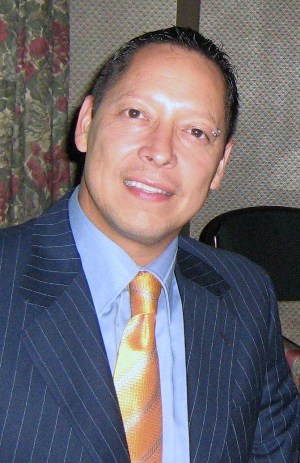 The Mount has many exceptional students who are engaging in fascinating research as they advance in their studies. John Sylliboy is a Foundations of Education Graduate student at the Mount, and as part of his Master thesis, he is looking into his own Mi’Kmaq heritage to explore the topic of Indigenous Knowledge. “Originally, I wanted to do something on cultural competency and post-secondary education,” says John. “I learned throughout my studies and by being involved in discussions with elders that cultural competency is not within our language use. You can’t determine who is competent in anything, so we don’t make that singularity about anyone.

“As time went on, I started investigating a little bit more about our culture: Who am I? Where do I come from? You start thinking more philosophically. I became fascinated with learning more in-depth concepts about our culture.”

In his investigations, John turned to many friends from his home in Eskasoni First Nation in Cape Breton and Millbrook First Nation in Truro. Among those he turned to were Albert and Murdena Marshall. Murdena is an Elder from Eskasoni, and Albert is an Elder as well as an Honorary Doctor of Letters (HonDLitt). Both are among the most noted and sought-after Elders due to their extensive involvement in Aboriginal education.

“I’ve always followed their course of knowledge because I would almost consider them as the first generation of scholars, in a western perspective, for all first nations,” John says. “We have had knowledge holders for thousands of years in our communities, but Albert and Murdena would have been the trailblazers in the western academic sense. They’ve been leaders and mentors and cultural educators from both Mi’Kmaq perspectives and western perspectives, because they use both tools.”

With such a deep respect for the Marshalls, John didn’t hesitate in suggesting they come to the Mount and present on traditional Mi’Kmaq culture and traditions. During their visit Albert will speak on his concept, “Two-Eyed Seeing: Traditional Mi’Kmaq Knowledge and Co-Learning,” which encourages the consideration of issues from both Mi’Kmaq and mainstream points of view, so as to create a greater mutual understanding and respect.

“I hope it broadens perspectives and world views about how we learn things,” says John. “It can be philosophical, cultural, or linguistic learning.”

John is currently in a research position with the Atlantic Policy Congress of First Nations Chiefs Secretariat, where he is working on the Aboriginal Economic Development Integrated Research Program.

“We work on promoting research in Aboriginal development, and encourage capacity building for the Aboriginal researchers to pursue more research in broader areas,” John explains. With his dedication to the advancement of Mi’Kmaq and Aboriginals across Canada, John looks forward to discovering where research on Indigenous Knowledge will lead him. When he graduates, John would like to be an Education Policy Analyst, constantly putting forth his best efforts to assist his fellow Mi’Kmaq on their educational paths.

Find out more about a degree in Education