Recently, the Honourable Kirsty Duncan, Minister of Science and Minister of Sport and Persons with Disabilities, announced an investment in more than 800 social science and humanities research projects nationwide through the Social Sciences and Humanities Research Council (SSHRC).

“Thanks to the work of the hundreds of researchers being recognized [through these grants], Canadians can gain a better understanding of the world we live in. It is my honour to support these talented researchers and help them push the boundaries of knowledge that will mean a better environment, better health, better society, and a better economy for all Canadians,” said Minister Duncan in a release.
Among the new funding recipients are several Mount researchers: 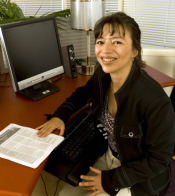 Under Dr. Patty Williams’ leadership, this project will explore the everyday experiences of women dealing with household food insecurity (HFI), bringing understanding of how social ideas and stigma contribute to social exclusion among women experiencing household food insecurity. Informed by the knowledge that informal and formal education shape opinions about the attributes of poverty and food insecurity, the project will seek to bring to light the existing values and beliefs motivating current views on HFI. Dr. Williams is also the Director of the Food Action Research Centre at the Mount. Joining Dr. Williams and FoodARC’s partners in this project are three Mount faculty: Dr. Jennifer Brady of Applied Human Nutrition, Dr. Manfred Egbe of Sociology/Anthropology and Applied Human Nutrition, and Dr. Deborah Norris of Family Studies and Gerontology.
Through group cooking sessions in a shared community space, researchers and participants will discuss their experiences and emotions of coping with HFI in Nova Scotia. Through interviews the researchers will explore perceptions of people who experience HFI; ways in which existing income and social policy and programs support (or not) those experiencing HFI to access basic needs; and ways society, programs, policies, and institutions could transform and become less stigmatizing. The final aim is to co-design an online and interactive exhibit and a discussion guide to complement a scenario-based board game about HFI to amplify, and centre the voices of people experiencing HFI.

Dr. Martha Walls has dedicated her career to studying First Nations history. In this new project, she will examine the efforts of the Extension Department at St. Francis Xavier University to foster economic development in Mi’kmaw communities in northeastern Nova Scotia during the late-1950s and 1960s, and the responses of Mi’kmaw men and women. With the growth of the welfare state in the post-World War II era, the Extension Department at St FX (the organization behind the Antigonish Movement that had worked to alleviate rural poverty in Nova Scotia during the 1920s, 1930s and 1940s) shifted its focus from poor Euro-Canadian fisher villages to Indigenous communities through the implementation of what was known as the Micmac Community Development Program (MCDP).
Through this initiative, Dr. Walls and co-applicant Dr. Corey Slumkoski, Associate Professor in the Department of History at the Mount, aim to improve teaching on a little-studied era of Atlantic Canadian and Mi’kmaw history by publishing a scholarly monograph and developing a searchable online database featuring recordings and transcripts (in English and Mi’kmaq) of oral history interviews. 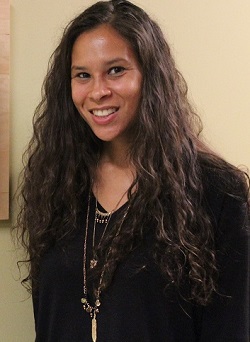 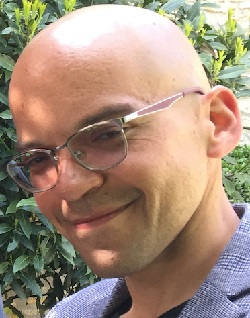 The primary goal of this project, led by Dr. Khasnabish and El Jones, is to explore the reasons for and consequences of the breaching of court orders by women involved in the criminal justice system in Nova Scotia. This project is a partnership with the Elizabeth Fry Society of Mainland Nova Scotia whose mandate is to address the root causes of the criminalization of women and girls and to support those who have become or are at risk of becoming involved in the criminal justice system. Staff at the E. Fry Society have identified breach of court orders as a critical factor in shaping women’s involvement with the criminal justice system. At the same time, they point to the lack of research in this area, particularly from perspectives that take women’s lived experiences seriously. Understanding why women involved in the criminal justice system at the provincial level breach court orders and what the consequences are for them is vital information for the E. Fry Society’s development of core programming and support initiatives. It will also inform the Society’s strategic planning and provide critical evidence-based research to allow staff to better identify funding sources. Court orders can address a wide variety of issues affecting the accused’s liberty, including who she is allowed to associate with, abstaining from the consumption of drugs and alcohol, residency conditions, check-in requirements with police, and more. Breaching such conditions for any reason often results in being remanded into custody to await trial, but other outcomes are harder to track directly and can be much more wide-ranging. The breaching of bail conditions and its relationship to pre-trial detention has been called a “revolving door” that sets people up to fail by the Canadian Civil Liberties Association. Remand rates have skyrocketed across Canada over the last 30 years, with Nova Scotia experiencing a country-leading 192% increase in people in jail while awaiting trial between 2004 and 2014 according to Statistics Canada. Nova Scotia leads all other provinces and territories with 68% of all incarcerated people held in pre-trial custody. This means that people are being denied their liberty before they are convicted of any crime and that this practice is accelerating even as crime rates have declined. Being remanded into custody as a result of a breach of conditions exposes criminalized individuals to a host of other negative consequences, including having to arrange emergency childcare, missed or lost employment, and missed medical appointments or medication. Breaching bail conditions is one of the most common reasons for people to end up in remand, yet the reasons for breaching in the context of the racialized, gendered, and classed vulnerabilities that so profoundly shape people’s lived experiences are unstudied and poorly understood.Learn more about research at Mount Saint Vincent University »