Mature student Leah Crowell shares her advice on returning to university, volunteering and pursuing a passion

Leah Crowell lives as though there are 25 hours in every day. She is a student in the Mount’s Child and Youth Studies program whose list of accomplishments, volunteer initiatives and personal endeavours has grown quickly since returning to university in 2011. As a mature student and mother of two sons, Leah has not only made a substantial impact within the Mount, but her influence also extends into the far corners of her community. 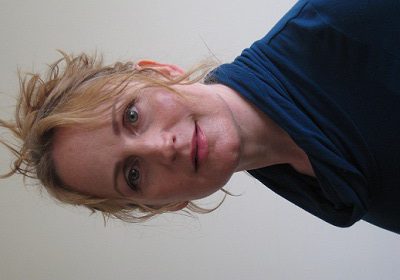 Recently, at the Mount’s annual Academic Awards Reception, Leah was honoured with the Department of Child and Youth Studies’ Lindsey Cousineau Award, in its inaugural year. In honour of student Lindsey Cousineau who passed away in 2014, the award is given to a student who has demonstrated the qualities that Lindsey so wonderfully exemplified: commitment to university or community service, commitment to learning, and sustained academic accomplishment.

Leah’s involvement in multiple volunteer activities dedicated to the well-being of children, youth and society makes her a deserving recipient of this award. Within the Mount community, Leah has been the president of the Child and Youth Student Society, has been named to four successive Dean’s Lists, and has received multiple scholarships throughout her degree.
With many accolades to her name, it may be surprising to learn that Leah was once a high school dropout who thought a university education was unattainable. Her turning point came when she was given an opportunity in her job at Bell Aliant to provide training for fellow employees. “I seriously left that thinking, that’s really what I wanted to do all along. So I immediately started to look for more things like that I could do,” said Leah.

Leah enrolled in distance education at the Mount in order to fit courses into her busy schedule, but she suggests that for those for whom it’s possible, “the last two semesters, at least, you should be getting into the school to meet some of the professors and be more involved on campus. You are getting references by being able to show yourself in class and professors have been invaluable to me in terms of being able to make connections.”
She also advocates that mature students emphasize volunteering on and off campus to test out different areas of interest and organizational cultures. Lastly, Leah recommends applying for every funding opportunity possible. “I thought ‘I’m not scholarship material’, but because I was able to keep my marks up high, I won a scholarship every year. They varied in amount, but every little bit helps.”
Fulfilling her lifelong desire to be a teacher, mentor and guide has taken shape over time. Next up for Leah: attending Dalhousie University for a Master of Arts degree in Sociology and continuing on her path to becoming a Restorative Justice Facilitator to help young people involved with the criminal justice system.
“Since having kids, my complete drive has been about leaving the planet in a better state for them and their kids. Then as I got into motherhood it has turned into this complete love for all kids and their futures.”

About the Lindsey Cousineau Award

The Department of Child and Youth Studies’ Lindsey Cousineau Award was named in honour of the late Lindsay Cousineau, a Mount student who, despite a life-long battle with cancer and scoliosis, continued to volunteer in her community and persevere beyond expectation. With unrelenting illness, Lindsay was presented her degree from Mount Saint Vincent University just a few days before her passing.
Next article »
Counting down to a big day at the Mount
« Previous article
Supporting a new generation of nutritional scientists