Exploring the origins of Halloween with Dr. Arthur McCalla 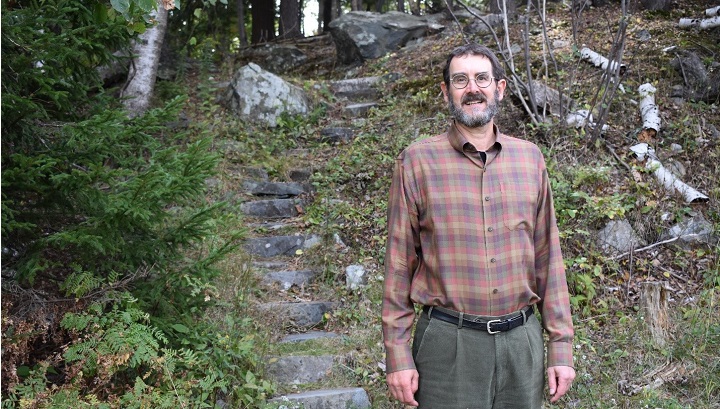 With Halloween just around the corner, we connected with Professor Dr. Arthur McCalla in the Departments of History and Philosophy/Religious Studies to learn more about the origins of this spooky holiday.

All Hallows Eve – where it all began

To understand the origins of Halloween, it is important to first explore where the name comes from. As Dr. McCalla explained, the term is derived from “All Hallows Eve,” or the evening before All Hallows (All Saints) Day that was celebrated in Catholic communities on November 1.

“As Christianity spread to northern Europe, it encountered the Celtic religion, and while the Church eventually suppressed the old religion, it also co-opted many of its beliefs and practices as a way of easing the transition to Christianity,” said Dr. McCalla.

One of the early Celtic festivals was called Samhain. “While historians don’t know exactly what went on at the Samhain festival, we know that the name means ‘summer’s end’ and it was essentially a time for preparing for winter,” explained Dr. McCalla. “It was also a time when people were thinking about death and spirits as the days were getting darker. People would light fires and wear costumes to ward off spirits. The Celtic festival of Samhain was celebrated in the fall, and it seems that the Catholic Church moved All Saints Day from spring to fall in order to divert deeply-rooted practices from this Celtic fall festival to the Christian festival. When the church took over this date to celebrate All Hallows Eve, many of the traditions carried through from the Celtic holiday. They remained popular at a folk level in Ireland and Scotland.”

These traditions of dressing up, dancing, playing tricks and telling ghost stories were brought to America by immigrants, most notably by the flood of Irish emigrants during the Potato Famine in the second half of the 19th century.

“But these were not always innocent activities,” said Dr. McCalla. “People would set fires and leave farmers’ gates open. There was a conscious effort by community leaders in the 20th century to stop the troublemaking, so to speak, and to ‘domesticate’ the holiday to make it more child-friendly and safe for communities.”

During the baby boom of the 1950s, these traditions became even more controlled and transformed with activities extending into homes and classrooms, however the community-based exchanging of treats continued on as a fun tradition for children in particular.

It is believed by many historians that the earliest form of trick-or-treating may date back to an All Soul’s Day custom that saw poor citizens begging for food. In response, families would give them pastries called “soul cakes” in an exchange for saying a prayer for their loved ones.

Said McCalla, “In some places in Europe, this later became an activity that children took up in exchange for things like food, money and even beer. It is these activities that then got attached to the commercialization of Halloween as we know it.”

An Irish folk tale and jack-o-lanterns 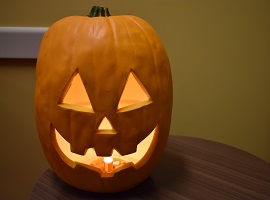 According to Dr. McCalla, people have been decorating jack-o-lanterns for centuries.

“Many historians believe that the custom of carving pumpkins may have originated from an Irish tale about a farmer named Jack who managed to trap the devil in a tree. The devil then negotiated, promising Jack that if he released him from the tree, he would never let him go to hell. So Jack released him, and then throughout his life Jack went on to do many terrible things knowing that he couldn’t go to hell. But, in the end, he’s not allowed into heaven either and Jack ends up being doomed to wander forever in a shadowy spirit world.

In an effort to light a path for himself, Jack hollowed out a turnip and put a flaming coal in it from hell thrown at him by the devil. The Irish kept this tale alive by making turnip-lanterns. In America, they quickly realized that pumpkins make much better lanterns than turnips.”

From Irish folk tales and soul cakes to All Saint’s Day, there’s indeed a deep history underlying the Halloween traditions many enjoy today!