The Alexa McDonough Institute for Women, Gender and Social Justice at Mount Saint Vincent University invites you to a talk with author Dr. Rita Shelton Deverell, CM about her new book American Refugees: Turning to Canada for Freedom. Dr. Deverell previously held the Nancy’s Chair in Women’s Studies at the Mount.
When: Thursday, May 23, 2019 from 4 to 6 p.m.
Where: McCain Centre rooms 105/106, Mount Saint Vincent University, 166 Bedford Highway [campus map]
All are welcome.
“When it became clear that Donald Trump would become the new US President on election night in 2016, the website for Citizenship and Immigration Canada crashed. It was overwhelmed by Americans afraid that the United States would once again enter a period of intolerance and military aggression. In American Refugees, Rita Deverell shows that from the Revolutionary War to the Underground Railroad through to McCarthyism and Vietnam, Americans have fled to Canada in times of crisis. Many still flee.” 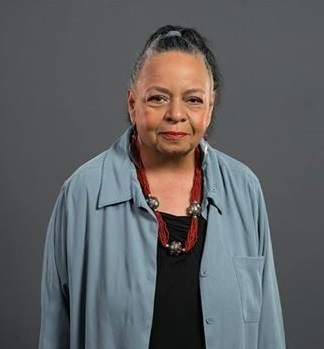 Dr. Deverell is a television broadcaster, social activist, and a founder of Vision TV. She moved to Canada in 1967 from Houston, Texas, and has been named to the Maclean’s Honour Roll of Outstanding Canadians, the Canadian Broadcasters’ Hall of Fame, and the Order of Canada. Dr. Deverell was Nancy’s Chair in Women’s Studies at Mount Saint Vincent University from 2009 to 2012.
To arrange an interview with Dr. Deverell, please contact:
melissa.shirley@uregina.ca
Telephone: 647-389-9510
For more information about this event, please email ami@msvu.ca.
Next article »
Dr. Ramona Lumpkin, CM, named President Emerita
« Previous article
The Mount’s spring convocation celebrates academic excellence, introduces accessibility improvements