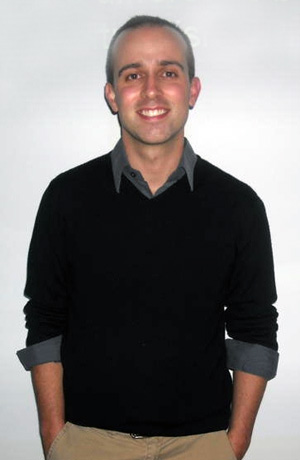 Mount student plans to put concentration in Gerontology to good use

There are no limits to the experiences that can inspire a person and guide them down a particular path in life. For one Mount student, Craig Cameron, his inspiration to join the Family Studies and Gerontology program (FSGN) came from his experiences helping aging people with intellectual disabilities, as part of the Regional Residential Services Society.

His interest in helping the aging grew as he realized that there are very few supports in place for people in this rapidly growing demographic—particularly for those people who are unable to support themselves.

“We don’t know how to support a person aging with challenges,” says Craig. In choosing the field of Gerontology, he hoped to change that.

As he continued with his education, Craig found that he was becoming more and more aware of needs in other areas associated with elder care in our country. As his desire to help grew, so did his faith and his desire to have an impactful presence in the world. At age 25, he chose to take a leave from the program and pursue a related dream, the Priesthood.

“I was raised in the Catholic faith,” Craig says. “It became more important to me in my late teen years.” After completing a portion of the FSGN program, Craig took the opportunity to attend the University of Toronto in the Masters in Divinity program, but the Mount was not far from his thoughts.

“It was always my intention to come back,” he says. Upon his return, he continued his education, taking a Bachelor of Arts degree with a concentration in Gerontology and a minor in Psychology. He feels the cross-over between the two disciplines will be helpful as he puts his education into practice.

“I want to use this education to better prepare people for their elder years; ease the transition for people into retirement and old age, and dispel unnecessary fears and anxieties.”

His hope is that he will be able to do this in large part for fellow priests who rarely retire and are reliant on the church to support them as they age.

“Priests keep working until they’re unable,” says Craig. “They usually live with each other and are taken care of in-house.” With so little external care provided to aging clergymen, this is an area of or great concern for Craig.

“The church is more of a family than an institution,” he tells us. It is a family that Craig is eager to support as he follows his passions and continues his education.

In finding his path, Craig shares a piece of advice handed down to him that was particularly helpful.

“Get to know yourself,” he says. “Learn to read the truths of your personal history.”

By knowing himself and pursuing his goals, Craig continues on a journey to find his place within the church and use his education in Gerontology. With a specific goal in mind for his degree, he hopes he can someday make a difference in the way the aging population is cared for in our country; a necessary goal that individuals in many other fields share given that aging issues cross-cut a variety of professions.