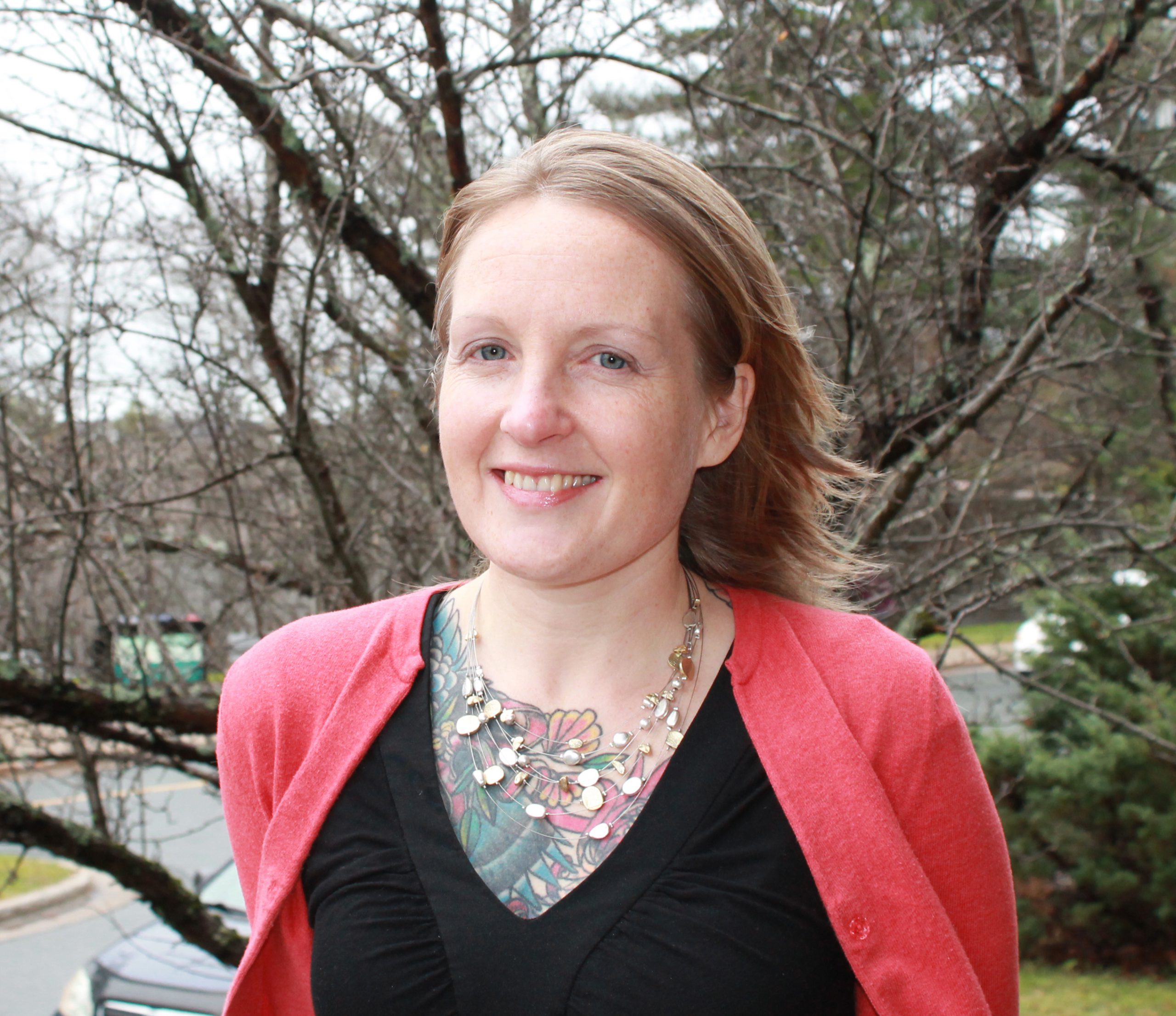 KelleyAnne Malinen became fascinated by the study of sociology in her first year as an undergraduate student. She recalls sitting in her Introduction to Sociology course at Dalhousie University and learning about concepts that had direct application to her personal life.

“I learned to have a sociological imagination and it helped me to understand the world. The topics that are covered have the power to change things,” she says. “Things like interpersonal relationships, understanding of connections between oneself and the world, and social justice. Sociology gives you some tools to address and explore these issues.”
Growing up in Kingsburg, a little village on the South Shore of Nova Scotia, KelleyAnne was not always sure where life would lead her. She did not attend high school, but later pursued an adult learning program at community college followed by a Bachelor of Arts degree. It was a professor by the name of Audrey MacNevin who sparked KelleyAnne’s interest in the world of sociology and encouraged her to follow her curiosity. In addition to her BA in Sociology, KelleyAnne also holds a Master’s Degree in Sociology from Dalhousie University and a PhD in Sociology from Université Laval in Quebec.
Referring to the realm of sociology, KelleyAnne says, “It’s fascinating stuff. Some of the key aspects that characterize much social research are structures of identity and oppression that are a part of everyone’s experiences and interactions. You are always thinking about things like gender, sexual identity, race and ableism. Part of the job of being a socialist is to become practiced in looking at life through these lenses and seeing how identity and oppression may be manifested in any given situation.”
As a professor and researcher, KelleyAnne feels she has a role to play in putting this way of thinking into practice. “My job is to guide students in learning how to look at life in different ways and to get them thinking about how power is manifested relating to ideology, economics and political power,” she says.

As a researcher, KelleyAnne takes a multi-layered approach when exploring important issues. One of her most recent research projects has been focused on woman-to-woman sexual assault. She has been exploring approaches to service provision, survivors’ experiences, and the discourses that are being used to talk about sexual violence. This is an area KelleyAnne felt required further exploration for many reasons.
“We had started talking about violence in the LGBTQ community, but there was less focus on woman-to-woman sexual violence. The research that did exist was heavily focused on empirical data showing these incidences occur, with less emphasis on theorizing. Service provision gaps were evident and there was a lack of recognition within the broader public that this form of sexual violence was even possible.”
KelleyAnne interviewed survivors of violence as well as service providers. She was astonished to learn about the lengths survivors had to go to in order to create safety for themselves. “They really had to restructure their lives in order to create physical safety. There was also a lot of diversity in terms of the nature of violence and those who perpetuated the violence.”
From the service provision side of things, KelleyAnne spoke with small, medium and large size organizations who support victims of violence. She found it interesting to learn that the focus on man to woman violence was being increasingly challenged and there was a shift to a de-gendering of service provision. Through her work, she has been able to support organizations in their structural analysis on gender and equality, while also making recommendations relating to language to ensure inclusivity. “People are increasingly aware that language that is rigidly gendered is problematic.”

From research and theory to practice

One thing that is important for KelleyAnne has been ensuring her research findings can be applied.
“I feel it’s important that the implications go beyond the academy. I’m always happy to contribute to a discussion in the context of service provision. I did training sessions with the Dalhousie Sexual Assault Hotline. Currently, I am part of a training committee for a sexual violence strategy with the Province of Nova Scotia. This has been a great opportunity to be involved in some wonderful conversations with other committee members. One of the things that has been foremost on my mind has been making sure that doors are open to survivors across the spectrum, including gender queer and transgendered – all people who have been victimized.”
Recently, KelleyAnne has also partnered with community activist Tina Roberts-Jeffers to begin a research project aimed at understanding the difference in academic outcomes amongst students of different racial backgrounds. As part of phase one of this research project, KelleyAnne and Tina are interviewing public school teachers in the Halifax region.
And while she’s passionate about her research collaborations, KelleyAnne loves being in the classroom, challenging her students to think outside the box. “I really appreciate the relationships students and professors have at the Mount. I think there is an openness to explore different ideas using a wide variety of methods and I believe the Sociology and Anthropology Department has a strong social justice orientation that engages with the world outside the academy. That makes this place feel like home.” If you or someone you know is a public school teacher in the Halifax region and interested in participating in KelleyAnne’s most recent research project, contact her directly at KelleyAnne.Malinen@msvu.ca.

Learn more about Sociology and Anthropology at the Mount.