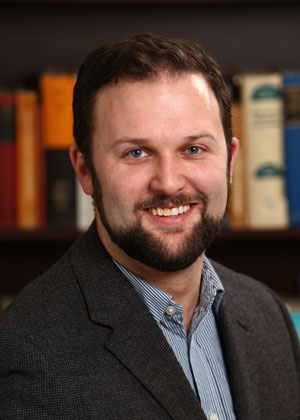 Mount Saint Vincent University Associate Professor of Psychology Dr. Derek Fisher has been named the 2018 recipient of the Presidential Service Award of the Electroencephalography and Clinical Neuroscience Society (ECNS). Derek received his award at the 2018 ECNS conference, held earlier this month in Pittsburgh, USA. The award, which is decided through member nomination, acknowledges outstanding service to ECNS. ECNS is a leader in the fields of Clinical Electrophysiology and Neuroimaging. It is an international society committed to the highest quality of research and clinical application, and to improving standards and knowledge. It was also announced at this year’s conference that Derek was named President-Elect of the society and will take over after the term of the current President, Dr. Oliver Pogarell (Ludwig Maximilians University, Munich, Germany). He has previously served as Chair of the Membership Committee and Assistant Treasurer of the Society, and is currently an Associate Editor of the journal Clinical EEG and Neuroscience. In 2014, he organized the ECNS conference held in Halifax. This is not Derek’s first formal recognition by ECNS. In September 2015, he received the Young Investigator Award at the organization’s conference in Munich, Germany. That award recognized his “significant contributions to translational research in the fields of Neuro-Psychiatric Electrophysiology and Neuroimaging.” In particular, it celebrated his extensive work in pursuit of an understanding of how auditory hallucinations affect brain activity. Derek’s research includes an exploration of how changes in brain activity after onset of psychosis could be used as a predictor of when psychosis might occur – work that stands to improve the quality of life for patients and reduce the burden of the disease on their families, friends and caregivers. He also studies the role of common drugs in the impairment of brain function – including, for example, the impact of caffeine on cognition in schizophrenia. Congratulations on this well-deserved recognition, Derek!