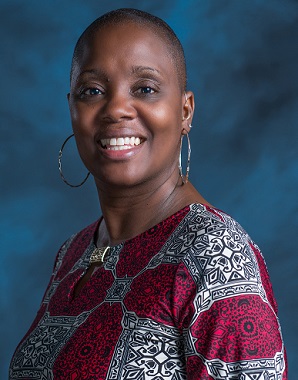 When: Wednesday, February 24, 2016, at 6:30 p.m.Where: Seton Academic Centre, Auditorium A (enter via fourth floor), Mount Saint Vincent University, 166 Bedford Highway [map] This session is open to the public and is free of charge. Please join us in marking Global Day of the Engineer with a special lecture about the Intersection between Talent and Passion by Dr. Renee Horton, a lead NASA engineer. Dr. Horton will tell the story of how hard work and a passion for math and physics propelled her career as a lead engineer for NASA’s Michoud Assembly Facility in New Orleans, Louisiana. “Less than 12% of the practicing licensed engineers in Canada are female – girls and their parents need to see firsthand that this is a career option for them. This public talk is an opportunity to do just that,” says Dr. Tamara Franz-Odendaal, professor of biology at the Mount and (NSERC) Atlantic Chair for Women in Science and Engineering. Dr. Horton’s journey to success was not without its challenges and detours. A hearing disability in her youth, along with dropping out of college and later returning after starting a family, have all shaped her path. “Dr. Horton is a true trailblazer. She has overcome several barriers to achieve her current position as an engineer in the space industry, both sectors that are heavily male dominated,” adds Dr. Franz-Odendaal. Dr. Horton holds a PhD in Material Science with a concentration in Physics from the University of Alabama and a Bachelor of Science in Electrical Engineering from Louisiana State University. She has been honored with many awards throughout her career, including the 2011 Black Engineer of the Year Trailblazer Award and the 2014 NASA Space Flight Awareness Team Award. In addition, Dr. Horton was the first African American to receive a degree in Material Science from the University of Alabama. Read more about Dr. Horton here.This is event is made possible with the support of the WISE Atlantic, Imhotep’s Legacy Academy, and Mount Saint Vincent University.