Dr. Sheila A. Brown to be named President Emerita 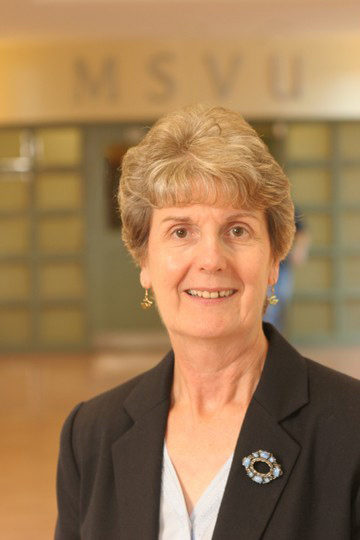 Distinguished leader served as Mount President from 1996 to 2006

Dr. Sheila A. Brown, President of the Mount from 1996 to 2006, will be named the Mount’s first President Emerita during this fall’s Convocation ceremonies.

“We’re so pleased to be able to recognize Dr. Brown’s very significant contributions to the University,” says Dr. Ramona Lumpkin, President and Vice-Chancellor of the Mount. “During her leadership, she championed excellence in teaching, accessibility, community engagement, and the advancement of women. She was and continues to be recognized widely by peers across the country and internationally.”

During her tenure as President, Dr. Brown re-affirmed the Mount’s commitment to academic excellence, overseeing an expansion of the Education program, the development of a Cooperative Education option for Arts and Science students, the establishment of the Family Studies and Gerontology program, and the creation of several new graduate programs. On the international stage, Dr. Brown oversaw significant growth in the University’s online and distance programs, particularly in Jamaica, Barbados, St. Lucia, and through notable partnerships with Bermuda College.

Among her many awards and recognitions, she was given the Queen Elizabeth II Golden Jubilee Medal, is a distinguished member of the Canadian Society for the Study of Higher Education (CSSHE), was awarded the Canadian Progress Club, Halifax-Cornwallis, Women of Excellence Award, and was inducted into the Atlantic Business Magazine Top 50 CEO Hall of Fame.

Dr. Brown will be recognized on Sunday, October 28, during the morning Convocation ceremony.