Home » About MSVU » Media Centre | News » Building on a legacy

Building on a legacy 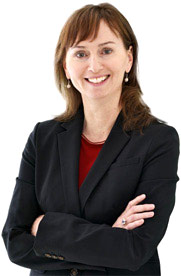 “We are very different, have different problems, clearly, but at the same time we are all humans and therefore we share a lot of similar problems and concerns globally.”

Taking the Mount to the United Nations

The Mount has a long-standing legacy of challenging barriers and working to provide access to education for everyone. After all, the Mount’s history is rooted in becoming the first degree-granting institution for women in the Commonwealth.

This tradition is still integral to the Mount’s core values, and Dr. Meredith Ralston, a member of the Department of Women’s Studies who is also cross-appointed with the Department of Political Studies, is one of the many on campus who work to continue this mission.

A professor at the Mount since 1993, Dr. Ralston represented the Mount at the United Nation’s Fourth World Conference on Women in Beijing, China in 1995. The opportunity presented itself when the Mount was nominated to be the official Canadian focal point of the International Research and Training Institute for the Advancement of Women (a UN research organization). This led to her research into the status of women across Nova Scotia which was used to evaluate the proposed United Nations’ Platform for Action (a series of guidelines for assessing the human rights of women worldwide).

“As a teenager I always thought I’d work for the UN, or go into the diplomatic field, and I’ve always had an interest in studying global issues ,” says Dr. Ralston, who was able to spend time at the United Nations headquarters in New York as part of preparatory conferences prior to the World Conference in Beijing.

During her work with the UN in Beijing, and with access to representatives from other countries, Dr. Ralston’s interest was turned towards the social justice issues surrounding prostitution both at home and abroad. This led to the development and release of her highly acclaimed documentary film, Hope in Heaven in 2007 which spends two years following the life of a Filipino bar girl and deals with sex tourism in the Philippines.

Dr. Ralston’s experiences during her time at the Mount have allowed her to bring a stronger global perspective, which she hopes to share with her students, “The concept of cosmopolitanism is very important,” says Dr. Ralston. “The Mount contributes to this for sure, trying to get our students to see themselves as part of the bigger picture – as being citizens of the world.”