Joan O’Keefe, SC, to be installed as new Chancellor

(HALIFAX) – Mount Saint Vincent University will recognize the achievements of more than 350 students during Fall Convocation ceremonies on Sunday, November 2. Graduates will be joined by three outstanding leaders as Joan O’Keefe, SC is installed as the university’s new Chancellor and honorary degrees are bestowed on Elizabeth Cromwell and Jan Zwicky. Joan replaces Donna Geernaert, SC who served for 12 years as Chancellor of the Mount. 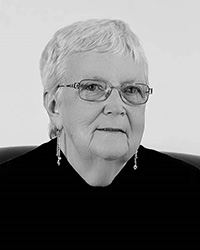 Joan O’Keefe, SC is the new Chancellor of Mount Saint Vincent University and Congregational Leader of the Sisters of Charity. She holds a Senior Diploma and a Bachelor of Arts from the Mount and a Master of Arts (in teaching) from St. Francis Xavier University. A strong supporter of young families, particularly single parent families, Joan is a certified and practicing doula and served as coordinator of the Spryfield Single Parent Centre, where she was also instrumental in establishing a volunteer doula program. 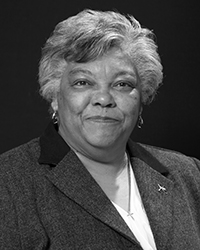 Elizabeth Cromwell is a celebrated social leader with a deep commitment to the preservation of black history and culture in Nova Scotia and beyond. Elizabeth is president of the province’s Black Loyalist Heritage Society – an organization she helped to establish and previously led from the late 1980s until 2002. A graduate of the Halifax Vocational School, Elizabeth began her career as a caseworker with the Children’s Aid Society of Shelburne County, and later volunteered with the Black United Front, the Black Cultural Society of Nova Scotia and the Shelburne Christ Church Parish and Council. She is the recipient of many awards for her extensive volunteer work. 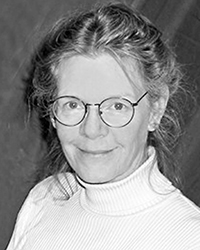 Jan Zwicky is one of Canada’s most respected artists and intellectuals, known equally for her original work in philosophy and her intensely lyrical poetry. She has published over a dozen books of poetry, nonfiction, fiction, and translation, for which she has received the Governor General’s Award and the Dorothy Livesay Prize, and been shortlisted for the Griffin Poetry Prize. Jan obtained her PhD in philosophy from the University of Toronto and has subsequently taught at a number of universities across North America and Europe. A native of Alberta, Jan now lives on Quadra Island, British Columbia.