Each spring, MSVU recognizes stand-out students from across academic and athletics programs.

This year’s student award winners are an exceptional reminder that talent abounds at MSVU. They represent students who have demonstrated academic excellence and students who are at the top of their game.

In short, they are an inspiration to their university community and a source of Mystic pride! We extend our heartiest congratulations to them all.

(Keep scrolling for more information about both our academic and athletics student award winners.)

The following is a list of all 2022 academic award winners:

International Student of the Year
Ji In Yoo

Each spring, the Best of the Blue Varsity Awards are given out at MSVU in celebration of the successes of our student athletes. This year’s awards recognized exceptional student athletes across our soccer, volleyball, basketball and cross-country teams.

In addition to sport-specific and other named awards, “Athlete of the Year” awards were bestowed this year on: Kelsey Crocker (Women’s Basketball) and Joel McCrossin (Men’s Basketball). 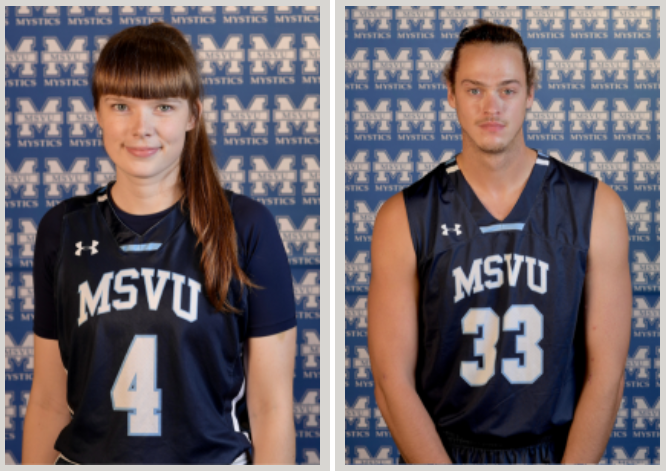 The following is a list of all 2022 athletics award winners:

Most Improved
Will Spaulding