“As we acknowledge in our opening remarks at every major Mount event, we live on traditional Mi’kmaq territory. It is our duty as Nova Scotians and Canadians to honour and increase our understanding of the province’s rich Mi’kmaq culture. This is a priority for our University.” – Dr. Mary Bluechardt, President and Vice-Chancellor
Members of the Mount community are invited to join in this event to mark the start of Mi’kmaq History Month:

Hosted by the Aboriginal Student Centre
When: Monday, October 1, 2018 from 1 p.m. to 4 p.m.
Where: Wikuom on campus (located, at the corner of College and Seton Roads, near Evaristus Hall – map)
Stoney Bear is “a Mi’kmaq contemporary style singing group and one of Atlantic Canada’s premiere singing groups, based out of Eskasoni, Nova Scotia.” The group will be joined by Aboriginal dancers.

Also coming up this week:Against All Odds – Indigenous Life in Urban Canada – The Experience of Winnipeg’s Neeginan Centre: A presentation by William (Bill) Shead

Hosted by the Aboriginal Student Centre and Department of History
When: Tuesday, October 2, 2018 at 2 p.m.
Where: Seton Academic Centre, Auditoriums B and C (enter via the 4th floor) 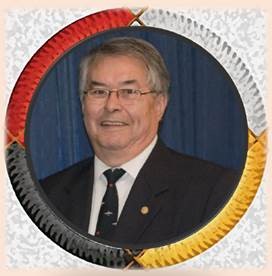 Bill Shead is a member of the Peguis First Nation. A graduate of Dalhousie University and the Canadian Forces Staff College, Lieutenant-Commander Shead served 36 years in the Royal Canadian Navy. In 1975, he was seconded to head the Office of Native Employment to increase the participation of Indigenous people in the Public Service of Canada. He served as Mayor of Selkirk, Manitoba from 1980 to 1983; Prairie Regional Director General for Veterans Affairs from 1986 to 1992; and Chief Executive Officer of the Aboriginal Centre of Winnipeg from 1993 to 1996. Mr. Shead is currently the Chair of Neeginan Centre of Winnipeg, Vice-Chair of the Centre for Aboriginal Human Resource Development and a member of the Board of Directors of Indspire.
Next article »
TEDxMSVU Aging Well to be held October 4, 2018
« Previous article
New Centre for Academic Advising and Student Success opens at the Mount