A study of older people in Vietnam that survived its wars in the 1960s and 70s is suggesting that those exposed to traumatic experiences earlier in life can carry the legacy as they age. As a result, more so than others, they face a variety of health challenges in old-age, like mental distress, chronic pain, and a host of chronic conditions. This according to data collected in the Vietnam Health and Aging Study (VHAS). 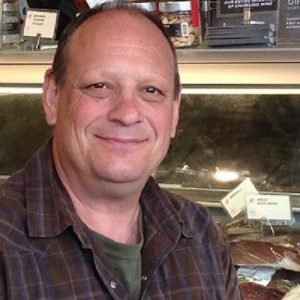 A research paper reporting on findings from the study, authored by an international consortium of scholars, and led by Dr. Zachary Zimmer, a Tier 1 Canada Research Chair at Mount Saint Vincent University, will soon be released in the International Journal of Epidemiology. The article is titled “War Across the Life Course: Examining the Impact of Conflict Exposure on a Comprehensive Inventory of Health Measures in an Aging Vietnamese Population.”

About 2,500 people living in northern Vietnam, aged 60 and older, participated in the VHAS study, designed to examine long-term impacts of exposure to highly stressful wartime events. An international team consisting of epidemiologists, social scientists and medical professionals from Canada, the U.S., Singapore and Vietnam’s Hanoi Medical University, is studying the likelihood of long-term physical and psychological ‘scarring’ occurring as a result of a variety of wartime experiences, such as witnessing death, evacuation, food shortages and fear.

“This issue is important for countries that experienced war in their not too distant past. For many of these countries, the health challenges associated with the long-term effects of war are compounded by a general aging of the population that experienced war,” says Dr. Zimmer, who is also the Director of the Global Aging Community Initiative at MSVU.

Vietnam is a Southeast Asian country with over 95 million people. Today the country is known for its beaches, Buddhist pagodas and bustling cities, but its legacy of what is known as the American War in Vietnam, and the Vietnam War in the U.S., exposed both military personnel and civilians to trauma, stress, and suffering within local villages and communities. Vietnam is also a country rapidly aging. While today about 12% of its population is 60 and older, demographers expect the percentage to rise to about 17% within ten years and 22% within twenty. Those moving into older ages today lived through the peak of the war in the 1960s and 1970s and are now entering ages where chronic disease prevalence is high.

“Having an understanding of the life-long impact of war will enable policy makers to better look at the supports that may be needed for this aging population,” says Dr. Zimmer.

VHAS studied older Vietnamese living in 12 ‘communes’ in northern Vietnam. These regions were chosen to represent a spectrum of bombing intensity during the war. A structured survey interview conducted by staff asked people a broad range of questions, including self-reports of health and war experiences.  A second part of the study collected blood samples and conducted various physical tests such as blood pressure and grip strength.

“Our team is interested in determining whether the stressors of war leave enduring effects on health in later adulthood. We are asking questions such as what types of wartime experiences are most influential long-term, and what other factors moderate the relationship between wartime exposure and health,” says Dr. Zimmer.