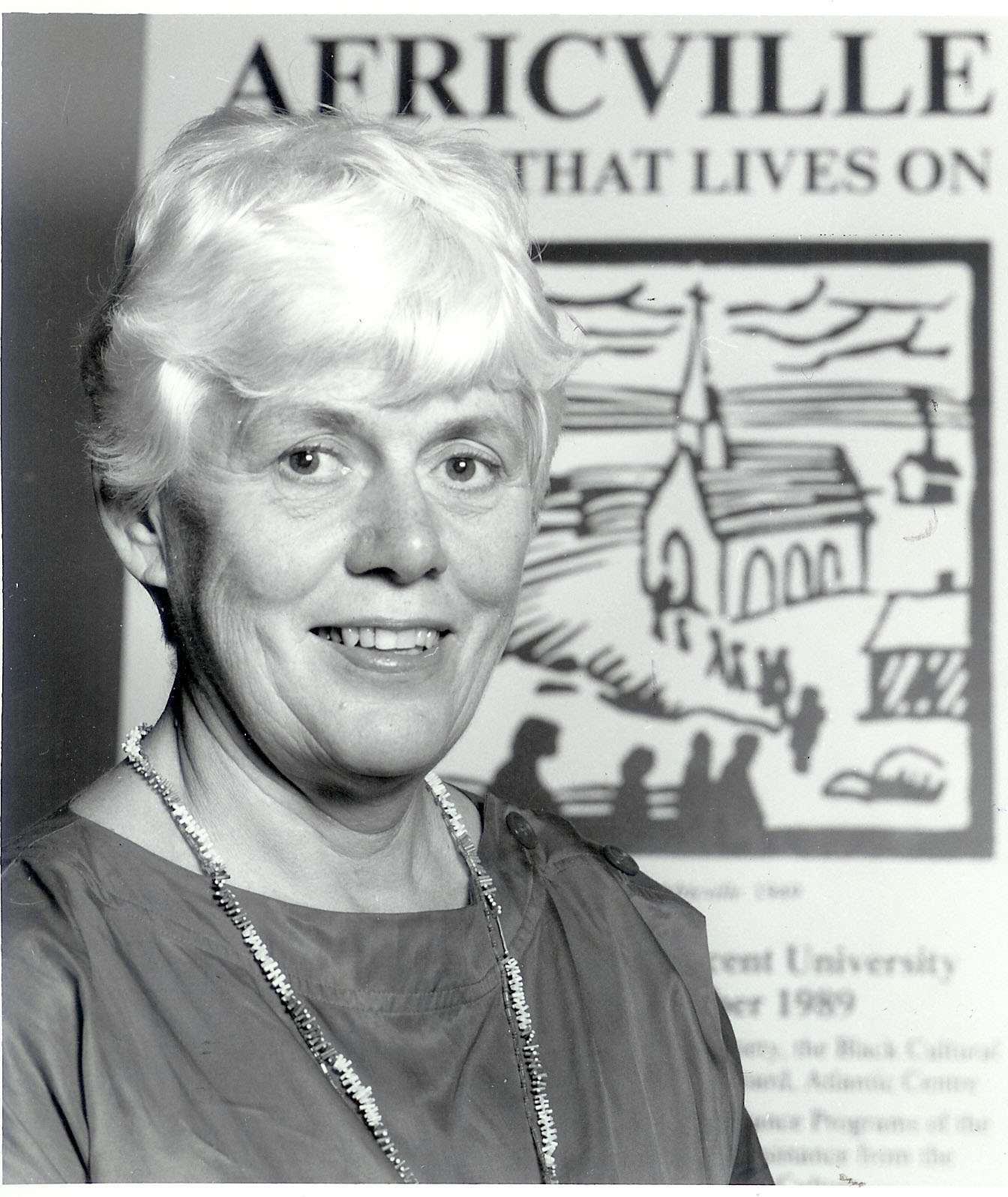 Mount Saint Vincent University regrets to inform members of the Mount community, friends and neighbors that former MSVU Art Gallery Director, Mary Sparling, passed away in a Halifax nursing home on March 16. Mary was active with Atlantic Provinces Art Gallery Association (APAGA) and Arts Atlantic and was a pillar of the visual arts community in Halifax.  While leading the MSVU Art Gallery from 1973 to 1994, Mary gained national recognition for her advocacy for craft, for providing exhibition opportunities for women artists, and for exhibitions recognizing African Canadian and First Nations cultures. In 1975, she founded the Slide Registry of Nova Scotian Women artists, to enhance career opportunities for Nova Scotians struggling against gender discrimination. The registry represented nearly 200 artists. In 1989, working with film-maker Shelagh MacKenzie, Mary organized an exhibition titled Africville: a spirit that lives. It was accompanied by a conference whose events were organized by the Africville Exhibition Steering Committee, of which Mary was a part of.  The exhibition and conference raised awareness of Africville not just locally, but provincially. The exhibition also resulted in a book being published in 1992.

As a part of her own art historical research and work Mary wrote an MA thesis at Dalhousie in 1978 entitled “Great Expectations: The European Vision in Nova Scotia, 1749-1848,” which was a pioneering study of the representation of space in Nova Scotia (and North America) by British painters.In 1993/94, Mary collaborated with a number of organizations and communities to produce the Pier 21 exhibition at the Mount. This inaugurated the development of what we now know as the Pier 21 Museum on the Halifax Waterfront. Mary was active in the Nova Scotia Coalition on Arts and Culture and instrumental in mobilizing the local and national arts communities in opposition to the arts funding cuts of the Mulroney government in the mid 1980s. This activism led to the 1985 Arts and Culture Assembly at Mount Saint Vincent University and is documented in the 1986 book, You¹ve Got Ten Minutes to Get That Flag Down.  In 1994, she received an honorary Doctorate of Fine Arts from the Nova Scotia College of Art and Design and in 2004 she received an honorary Doctorate in Humane Letters from the Mount. A memorial service is being organized by the family and will take place at the Mount on Saturday, March 26 at 1:00 p.m. in the Multi-purpose room, Rosaria Student Centre.