Dr. Gavin Kernaghan, a biology professor at Mount Saint Vincent University, has been quite busy with his work in the Mount-based Atlantic Root Symbiosis Lab (ARSL).

Dr. Kernaghan, who completed his PhD and some of his post-doctorate work at the University of Alberta, leads the lab. With the involvement of student researchers and technicians, he has been studying the ecology of fungi in northern Canadian ecosystems, with a recent focus on forested wetlands in Nova Scotia, Prince Edward Island, and Newfoundland. 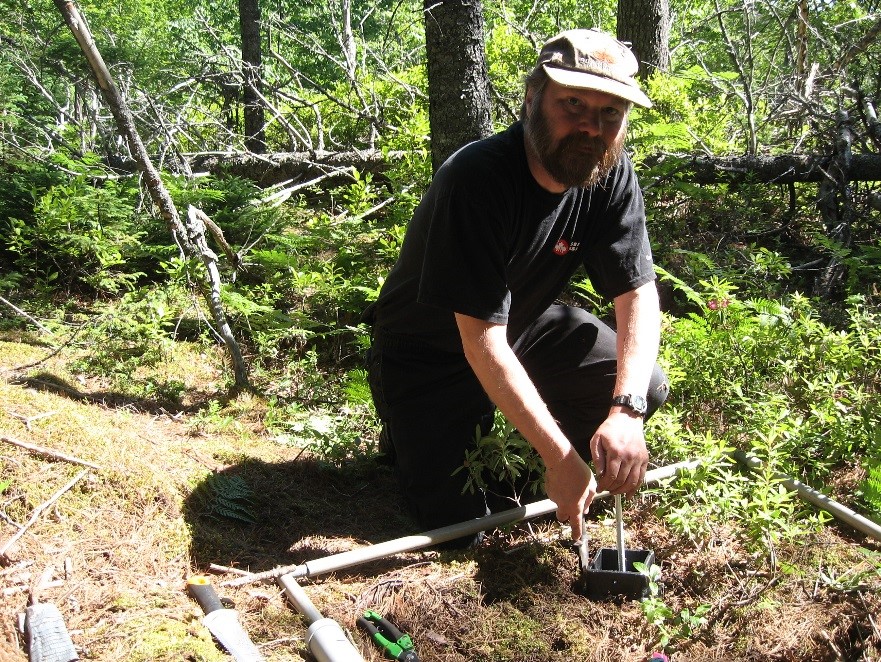 More specifically, Dr. Kernaghan’s work is exploring the relationships between plant communities and mycorrhizal fungi, which are soil fungi that you typically see in the forest. Dr. Kernaghan explained the essential exchange between plants and fungi: the fungi assist plants in getting access to water and nutrients, and the plants supply these fungi with sugar.

“I have done a lot of work on mycorrhizae over the years, including looking at their role in northward tree migration (in Labrador) under climate change,” Dr. Kernaghan said.

In 2016, Dr. Kernaghan and his collaborators were the recipients of a $250,000 grant (over three years) from Environment and Climate Change Canada.

The Atlantic Ecosystems Initiatives Grant supports research that focuses on improving knowledge of Atlantic Canadian ecosystems, and projects that promote action to conserve, restore and enhance the health of ecosystems.

This funding allows Dr. Kernaghan to be able to supervise and assist in the research of science students, and create additional opportunities for the researchers in the ARSL to dive even deeper into the ecology of fungi in forested wetlands, such as in the Kejimkujik National Park area in Nova Scotia.

The Atlantic Ecosystems Initiatives grant is recognition of the importance of this work, and, as one of his colleagues put it, is a “definitive nod” to the quality of Dr. Kernaghan’s research.

The intersection with wine, beer and cider industries

In addition to examining fungi within wetlands and forested areas, Dr. Kernaghan has other projects underway that involve Nova Scotian yeasts and fungal endophytes, which are asymptomatic fungi that grow within plants. These projects include working with local wine/beer/cider industries to understand both the ecology of fungi and their use.

“We have just finished a project with a local craft brewery,” Dr. Kernaghan noted. “Some of the local breweries use multiple yeasts for their brewing process…so we clean the yeast up for them and store them on liquid nitrogen.”

Dr. Kernaghan has also worked with the Grape Growers Association of Nova Scotia in order to compare fungal endophytes in their grapes to grapes grown in the wild in Ontario. The researchers were comparing the two varieties for particular bio-control organisms, in the hopes of inoculating the Nova Scotian grapes to prevent harmful/pathogenic fungi from developing.

The focus of his work might be small organisms, but the impact is large, from forests and wetlands to industry.

Next article »
The buzz on campus: Honeybee hive installed at the Mount
« Previous article
Mount faculty and students helping to address the topic of obesity