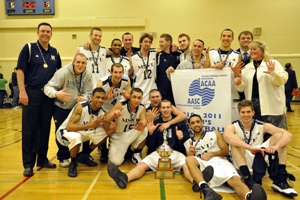 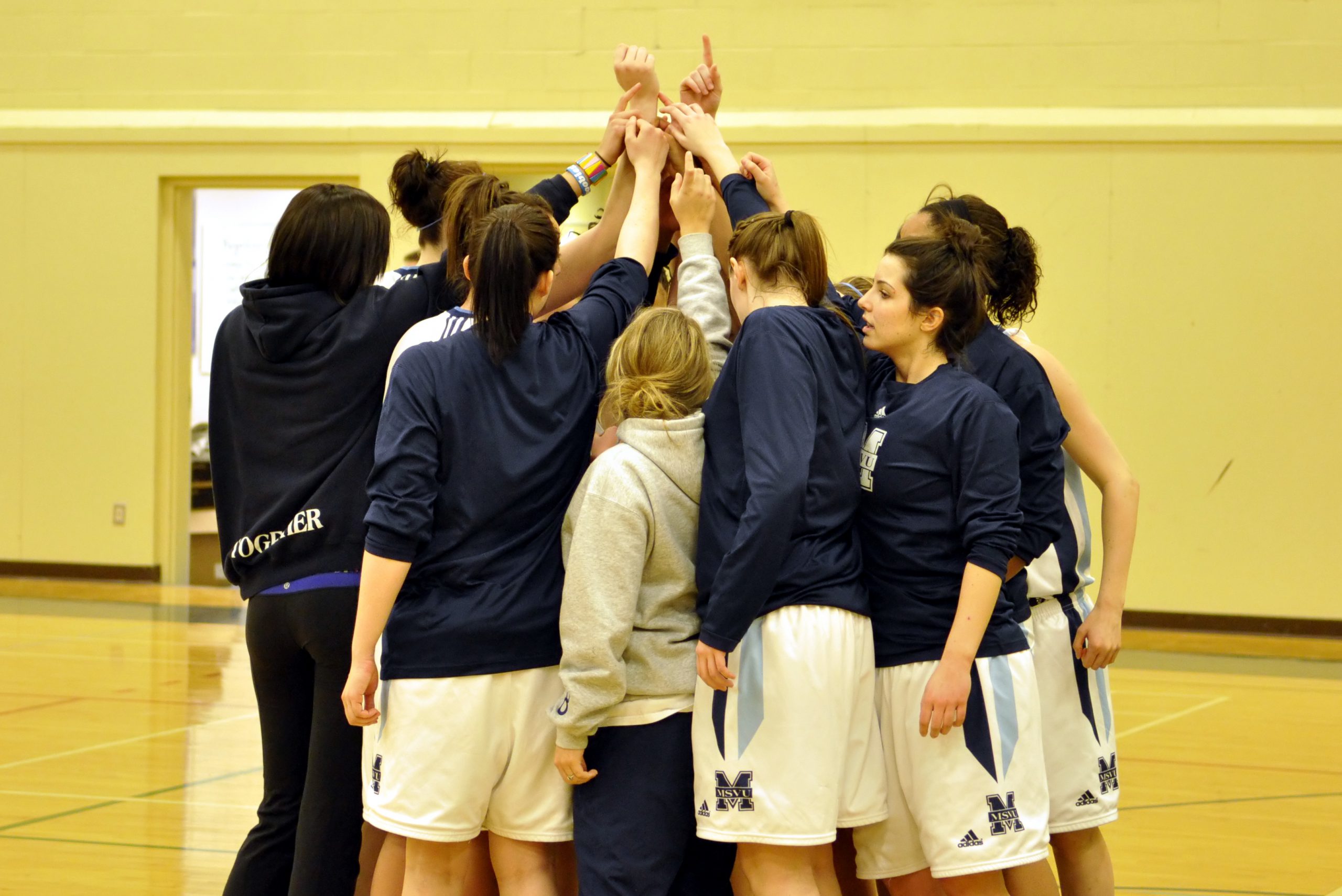 On March 5 and 6, the Mount hosted the 2011 Atlantic Colleges Athletic Association (ACAA) Basketball Championships, and was represented well by our home teams. After a weekend of games against tough competitors, the Men’s Varsity Basketball team came away with yet another ACAA title after defeating the Holland College Hurricanes. The Women’s Varsity Basketball team placed second after a hard-fought battle with the St. Thomas Tommies.“The boys played really well this weekend,” says David Brien, Assistant Coach of the men’s team. With an almost perfect record this year, the Men’s team played Holland College in the championship game, the only team to defeat them during the regular season. The men redeemed themselves on Sunday with an 82-48 victory over the Hurricanes. “In the championship game, the boys displayed tenacious defensive pressure and executed their offense masterfully, says Coach, Rick Plato. “It was a total team victory and marked the 6th consecutive ACAA Championship for the boys.”

“Playing Holland in the finals is exactly what we were hoping for because we wanted an opportunity to prove we were the better team,” says player John Caulfied. “Coach prepared us extremely well for this game and we knew if we executed this game plan we would be fine. It was one of, if not our best game of the year.”The women’s battle, 68-51 in favour of the Tommies, was a narrow defeat.“We gave everything we had,” says Mark Forward, Coach of the women’s team. “We’re a young team, we made some young mistakes, and we’ll take what we learned from that experience to the national tournament, fix a few things and make a run for the gold medal.”The Mystics had a number of stand-out performances during the championship games, including Anthony Zinn, who netted 22 points, and Laura Himmelman, who was named the player of the game for the Mount.As a result of their ACAA championship, the Men’s team is now looking forward to the Canadian Colleges Athletics Association (CCAA) Championship from March 17-19 in Oshawa, Ontario. The national tournament will put the Mystics against teams from universities and colleges across the country.“The team we’re playing, Humber College, is not big, which plays to our advantage. But they’re very quick, which has been one of our skills this year too,” says Brien. “It’s a very good match-up for us. We have to hone our offence, so it’s going to be more on the defensive end.”The Women’s team will also be making an appearance at the CCAA women’s tournament, hosted by Niagara College in Ontario from March 17-19. “We’re going into the tournament seated seventh,” says Forward. “We have a ‘nothing to lose’ attitude about the tournament. We’re going in as a wild card, and most of the other teams are new to the tournament, but we aren’t. We know what we’re getting into.” To keep track of the Mystics success at Nationals later this month, check out the CCAA website for updates.Congratulations to the Mount Mystics basketball teams for their great success in the ACAA championship tournament, and good luck at Nationals.