MSVU graduate proves you should never give up on a dream 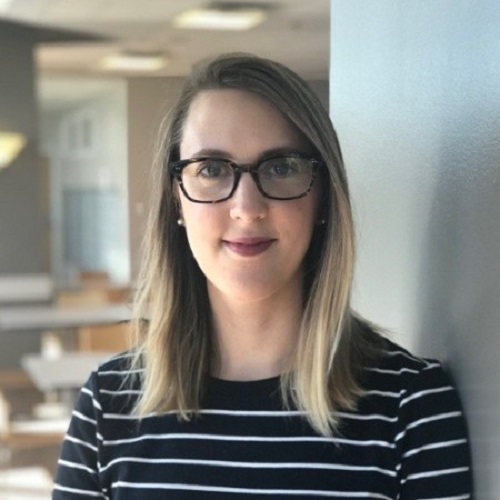 Andrea Penney’s journey to becoming a registered dietitian took time and perseverance, but it’s a journey she wouldn’t change.

During high school, she considered a variety of university programs, eventually deciding on Health Promotion at Dalhousie University – not only was she interested in the field, but she also didn’t need to have prior studies in chemistry, a subject she had previously shied away from. Fast forward a few years, and Andrea had discovered a keen interest in nutrition so began taking university chemistry courses at night on top of her full-time studies with a plan to apply for the Bachelor of Science in Applied Human Nutrition (AHN) program at MSVU.

A journey of self-discovery

It was a program she loved, but later in her studies came another discovery: Andrea had a mental health disorder that had previously gone unidentified. It was a discovery that made her realize that the difficulties she had experienced with studying had affected her grades over the years, which in turn, affected her chances of gaining a highly competitive dietetic internship required to become a Registered Dietitian.

The MSVU AHN program has two streams: nutrition and dietetics, with the dietetics stream ending in a required internship for those seeking registration as a professional dietitian. When it came time to apply for the internship, Andrea had the work and volunteer experience she needed, plus references from other dietitians. Unfortunately, she didn’t get a placement in the highly competitive internship program and her goal of becoming a registered dietitian was put on pause.

During her undergrad, Andrea began working at the IWK as a Food Service Supervisor in 2007. She was drawn to the IWK as a way to gain experience in her field but also because of the IWK’s reputation as her mother had been a nurse at the Grace Maternity Hospital that merged with the IWK in the mid-1990s. The IWK is the largest pediatric hospital east of Montreal and a leader in providing specialized and primary care for women, children, youth and families in Atlantic Canada.

After graduation, she continued to work at the hospital, eventually becoming Food Retail Service Supervisor. She also began considering earning a Master’s degree, initially looking at Master of Business Administration programs. However, it was then that Andrea’s supervisor’s role at the IWK became available (Manager of Business Development, Food Services) and her decision was made: to qualify, she would need to complete her Master’s in Applied Human Nutrition and become a registered dietitian, in other words, she would need to complete the internship program that she had missed out on years before. 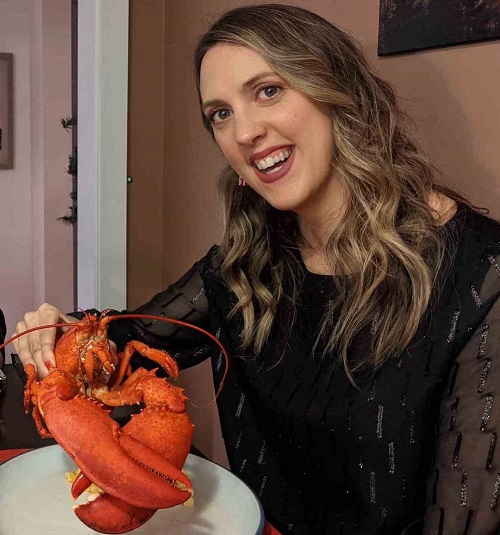 Andrea dove back into her studies, completing a few course upgrades before starting her Master of Applied Human Nutrition degree with internship at MSVU in the fall of 2017.

Throughout her graduate degree, she continued to work full-time at the IWK. Andrea credits her colleagues’ support throughout her learning journey with helping her to reach her academic and professional goals.

In April of 2018, Andrea successfully completed her clinical internship at the IWK during a four month leave from her current role. She submitted portfolios to use her work experience to achieve a prior learning assessment (PLA) for her administration and community internship placements as she continued her studies.

Then came a pandemic

Even after Andrea had returned to school to pursue her graduate degree and further her professional career, her journey was not without its additional twists and turns. During her master’s degree, the COVID-19 pandemic hit. Given the significant implications of the pandemic for healthcare operations, she took a leave of absence from her studies to focus on helping the IWK navigate each pandemic wave.

By the fall of 2021, she had completed the degree requirements for her Master of Applied Human Nutrition degree and wrote the Canadian Dietetic Registration Examination – the final step in her journey to become a registered dietitian. As she had done at so many other points in her career journey, she poured herself into study prep. Word came in January 2022 that she had passed.

“As cliché as it sounds, my message to others with a dream is to never give up. Persistence is the key,” she says.

Andrea continues to work at the IWK in her manager role – now officially a registered dietitian. As for achieving her goal after a few setbacks, she says, “Though I didn’t know it would take 10 years to get there, I always knew I was meant to do this and that eventually I would get to do this.”