Mount grad to be rewarded with lengthy Co-Curricular Record 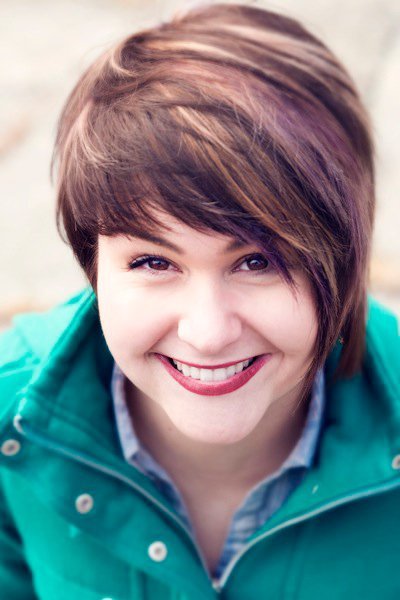 Many students are involved in and around the Mount campus, helping to make a difference for their fellow students. For Teaghan (Tia) Larkin, involvement and dedication earned her the Student Experience Award at the A. Garnet Brown Student Awards Banquet this past Spring. Tia will be graduating with her Bachelor of Arts, Advanced Major in Psychology and a Certificate of Proficiency in French this weekend.

Tia came to the Mount four years ago, having earned the President’s Scholarship for exceptional academic and extra-curricular performance at Cole Harbour High in Dartmouth, Nova Scotia. “I just need to keep busy. I love doing different things,” says Tia. “It’s also a great way to give back—it’s the least I can do.”

Growing up in Eastern Passage, Tia always pushed herself to do as much as possible in her surrounding community. This continued into her four-year journey at the Mount. Tia has been involved in almost every major volunteer event on campus, including Frosh Week, Trick-or-Eat, Psychology Society, French Club, Open Campus Day, Haunted House, Mount Pride and of course – the Students’ Union. 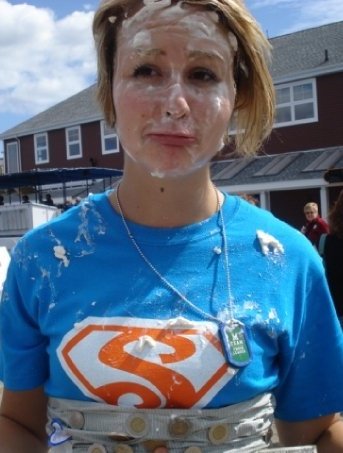 Tia, shown at right, raises funds during the Mount’s annual Shinerama activities during Frosh Week. The initiative raises money towards the fight against Cystic Fibrosis.

“Frosh week is my favourite,” says Tia. “Even when I feel like I’m not going to be able to take part, I do. Part of the reason I want to come back [to the Mount] is Frosh Week.”

Countless extracurricular activities has made Tia’s commitment to academics even more impressive, maintaining a high GPA. But Tia admits, there are sometimes sacrifices to get everything done. “I don’t sleep a lot,” she jokes. “Sometimes you have to give up sleep.”

With such a long list of volunteer experience, Tia began the Co-Curricular Recognition Program (CCRP) to track her volunteer work. Initiated at the Mount on September 1, 2010, the CCRP recognizes student participation in volunteer work, student societies, athletics, professional development and other leadership experiences on the Co-Curricular Record (CCR), a formal university document. The program provides a formal record of students’ hard work upon graduation, and Tia plans to use it when she begins her career in the near future.

“The CCR is like an official resume from the school. It shows that your experience is not just about grades,” says Tia. “I really think it will help.”

Tia is currently pursuing a graduate degree in Family Studies and Gerontology at the Mount, eventually hoping to become a sex therapist. She has gained valuable experience while working with an agency for adults with intellectual disabilities as a caregiver in recent months – a unique experience that will round out a wealth of knowledge already gained at the young age of 22.

For her fellow students, Tia has a simple piece of advice. “Be true to yourself, and get involved. Even if you’re semi-interested, give it a try.”