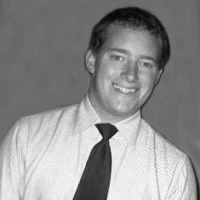 Each year, graduating students from the Mount include those who have impacted the university through their dedication to fostering school spirit and culture. Kyle Rogers was one of those students.

A native from Sailsbury, New Brunswick, Kyle started his career at the Mount in the Family Studies program but later transferred his major to Psychology and has never looked back. During his time at the Mount Kyle was involved heavily in the Student’s Union as Executive Vice President.

“One of the greatest experiences I’ve ever had came from running for and winning a position on the Mount’s Student Union Executive,” says Kyle. “As EVP, I was able to develop a firm understanding of how educational institutions like the Mount and other organizations function. The learning experience is something I will take with me for a long time.”

In addition, Kyle participated in organizing several events, including the “All Candidates Forum” in 2008 for the federal election, a 12-hour benefit concert in support of “Hairless for Haiti” this past winter, and he also participated in the 2010 United Way Day of Caring for the Mount.

Kyle not only assisted in fostering a sense of unity and community at the Mount, but he also took great pleasure in being a part of it. Kyle indicates that some of his most endearing memories of the Mount stem from a greater sense of community at the University during exam time as well as his experiences with Shinerama, a yearly student fundraiser for Cystic Fibrosis research.

In addition to Kyle’s involvement in student live, he also managed to find a balance between the extracurricular activities and academics. This led to Kyle being named a Psychology Student Scholar at the 19th Annual Scholars’ Awards Luncheon as an in-course merit recipient.

“I’ve had many great academic experiences at the Mount,” Kyle indicates. “In one of my courses I had the opportunity to develop a research project and then present my findings at St. Francis Xavier during an Atlantic Provinces Council of the Sciences (APICS) conference.”

When asked where he draws his inspiration from, Kyle indicates that one of the greatest sources of inspiration in his life comes from his father. “My father has been one of the greatest influences in my life,” says Kyle. “It’s from him that I learned to question everything and to never quit. There is no doubt in my mind that these two qualities have allowed me to be a successful student during my time at the Mount.”