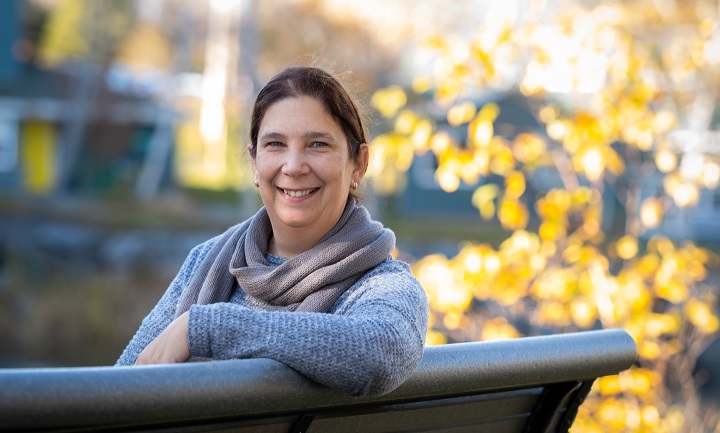 Mount Saint Vincent University is thrilled to share that biology professor and researcher Dr. Tamara Franz-Odendaal has been named a Fellow of the American Association for Anatomy. An honour reserved for the “top 10% of all eligible members,” the title is awarded to “distinguished members who have demonstrated excellence in science and in their overall contributions to the anatomical sciences.” Dr. Franz-Odendaal has also been the recipient of the Association’s Young Investigators Award (2013), currently serves on its Scientific Affairs Committee, and previously served on its board. She was the 2015 recipient of the MSVU Award for Research Excellence. Dr. Franz-Odendaal is highly regarded by her peers at institutions across the country and beyond, one of whom described her as “one of the top researchers in Canada and internationally in the field of Ecological Evolutionary Developmental Biology.” Her research program is described by another as “exemplary” and “widely recognized for its innovation.” She has collaborated with researchers here at home as well as in Belgium, Germany, and the United States. Dr. Franz-Odendaal’s research is focused on comparative vertebrate development and evolution. “Specifically, I study how developmental processes that instruct cells to make the skeleton have changed over the course of evolution,” she notes. “My research combines an understanding of the vertebrate skeleton of fossils with the embryological development of modern animals.” By examining embryos of modern animals, the morphological diversity (shape and size differences) of modern animal skeletons, and the evolutionary history of animals, Dr. Franz-Odendaal is able to determine which genes and processes have been altered over the course of evolution. Understanding how development differs across animals is valuable knowledge in health research. (Learn more about Dr. Franz-Odendaal’s Bone Development Lab) Dr. Franz-Odendaal joined MSVU in 2006 and was promoted to Full Professor in 2015. She leads a dynamic research lab with a range of trainees from undergraduate through to graduate and post-doctoral researchers. She brings to her work a breadth of knowledge based on a diversity of experiences and has received research funding from a number of national and provincial funding agencies. In addition to her bone development research, Dr. Franz-Odendaal is the Natural Sciences and Engineering Research Council of Canada’s Atlantic Chair for Women in Science and Engineering. In this capacity, she serves as a strong advocate for women in STEM and leads a program that seeks to empower girls to consider STEM careers and explore STEM-based opportunities, including hands-on girls-only science retreats, summer camps, and more. Congratulations Dr. Franz-Odendaal on being named a fellow of the American Association of Anatomy!