Keeping a promise to young people and their families 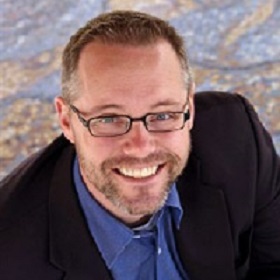 Dave McKeage knows firsthand that good things come to those who wait. Thanks to McKeage’s patience, thousands of youngsters throughout Nova Scotia and across Canada each year now head to Brigadoon Village for some well-deserved fun and festivity. What makes these kids so special and McKeage’s perseverance so important: they have a health condition – including cancer, asthma, Crohn’s disease – that often means regular camp isn’t in the cards for them.

That realization first hit home to McKeage (BPR, ’95) when he was a teenager. Diagnosed with cancer when he was only 11, the future public relations graduate went on to volunteer with the Canadian Cancer Society and later work at their Camp Goodtime. “I realized there were fewer and fewer places in the province where we could rent facilities where features like a medical centre and infection control could be put in place,” says McKeage.
Just as importantly, he notes, “I realized that for many young people grappling with an illness or health condition there was no one to advocate for them. No one who could offer them up a place to just be a kid like all other kids if only for a little while.”

“One of the campers asked a counsellor if Crohn’s disease was genetic. He thought if it was, then his kids could go to Brigadoon and that would be okay by him. I couldn’t have asked for better validation. It’s all I had hoped for and more.”— Dave McKeage, Founder, Brigadoon Village 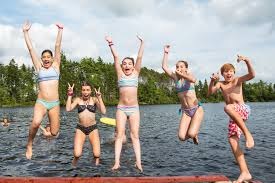 McKeage kept the idea of a year-round recreational facility that offers camp programming to children and youth living with a chronic illness, chronic condition or special need on the front burner and slowly started to turn concept into reality. After a year of interviews and focus groups with health professionals, families and project experts, a founding board of directors was established. (Three of the eight members were Mount alumnae.)

It took three years for the board to give Brigadoon Village a thumb’s up – and that was time well spent, says McKeage. “A project like this is huge and with any new idea people are cautious about putting their name behind it. We couldn’t make a promise to young people and their families and not deliver.”
On August 27, 2011, McKeage and his team delivered. The first campers arrived at Brigadoon Village in Aylesford, N.S., for Camp Guts and Glory, Canada`s first camp program for children and youth living with inflammatory bowel disease. That week lives forever in McKeage’s memory. “One of the campers asked a counsellor if Crohn`s disease was genetic. He thought if it was, then his kids could go to Brigadoon and that would be okay by him. I couldn’t have asked for better validation. It’s all I had hoped for and more.”

Last summer Brigadoon Village offered 13 programs with its partners. This included Camp Carpe Diem for children with epilepsy and Camp Treasure Chest, for those with lung health issues. The latest program to be offered is Camp BELIEVE, which caters to children who have a parent(s) that lives with a mental illness.
That’s only some of what Brigadoon Village has to offer. “In our off-season programming last year, we welcomed more than 2,000 guests in over 30 programs. This programming serves non-profit groups, schools, associations, family camps and various other organizations,” says McKeage.
“Partnerships,” he adds, “are the foundation of Brigadoon.”
McKeage, who still serves on several of Brigadoon subcommittees, credits his experience at Mount Saint Vincent and the friends he made there with helping him achieve his goal. “There’s no doubt that the Mount’s co-op program in public relations allowed me to get a great start in the business community,” he says. “Then the BPR alum community network helped me enormously.”
It takes a village – and one very patient man with a mission – to build a special place for special kids.
(Reprinted from Folia Montana, the Mount’s alumnae magazine)
Next article »
Lumpkin Road unveiled
« Previous article
Documenting a once-in-a-lifetime journey