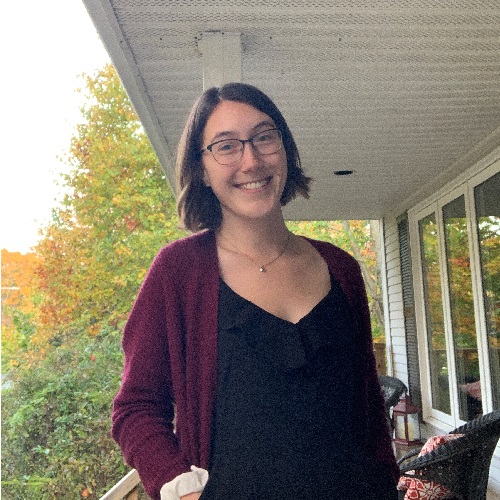 “I’m currently in my third year at MSVU, pursuing a BSc in Psychology with a minor in Neuroscience. I’ve been with WISEatlantic for a few years now; I attended my first summer camp in 2013 and, once I had participated in all that I could, I volunteered for a few summers. I’ve been working as a Program Assistant with WISEatlantic since the summer of 2018!”

Marking International Day of Women and Girls in Science

Now, more than ever, the world needs all scientists and researchers of diverse and varied backgrounds to aid in the fight against COVID-19.

In such a vital time where science is pushing boundaries and rapidly evolving to meet circumstances, you would think that equal numbers of women and men would be at the forefront of the movement. While there have been significant improvements with respect to gender equality in the STEM workforce over the past few months and years, it still yields disappointing figures when compared to desired numbers.

Less than 30% of researchers worldwide are women.

That’s a staggering statistic considering women make up slightly more than half of the world’s population. Furthermore, only 35% of those studying in STEM programs are women. There are a variety of explanations for this: inherent assumptions that girls won’t do well in science, fewer mentors and role models, hostility from others regarding their ‘unnatural’ choice of career path, just to name a few.

Even if they persevere through their schooling, the workplace isn’t always kind to women researchers. Some barriers include unequal pay, glass ceilings (an inability to progress or be promoted beyond a certain point), and a lack of reliable policies to ensure job security in times of pregnancy leave or other life events. Most, if not all, of these barriers are nonexistent to white men.

So, what can we do about it?

While we can’t just will gender equality into existence (though I so wish we could), an effective way to get started is raising awareness and celebrating women in STEM.

The International Day of Women and Girls in Science was introduced by the United Nations General Assembly in 2015 to ensure equal participation of women across STEM fields and to empower them to pursue their scientific ambitions.

The day has been designated as February 11 and embraces a new theme each year. Last year’s theme was ‘Investment in Women and Girls in Science for Inclusive Green Growth’ and aimed to draw attention to the reality that both women in science and gender equality are necessary if the world intends to meet any internationally agreed upon developmental goals (an example would be the 2030 Agenda for Sustainable Development). The theme for 2021 is fittingly ‘Women Scientists at the forefront of the fight against COVID-19’.

There are a variety of ways you can celebrate International Day of Women and Girls in Science safely this year:

However you choose to celebrate, be sure to have fun with it, and know that you’re empowering the women in your life and helping create an increasingly gender equal world.